21 Ways to Help Save the World 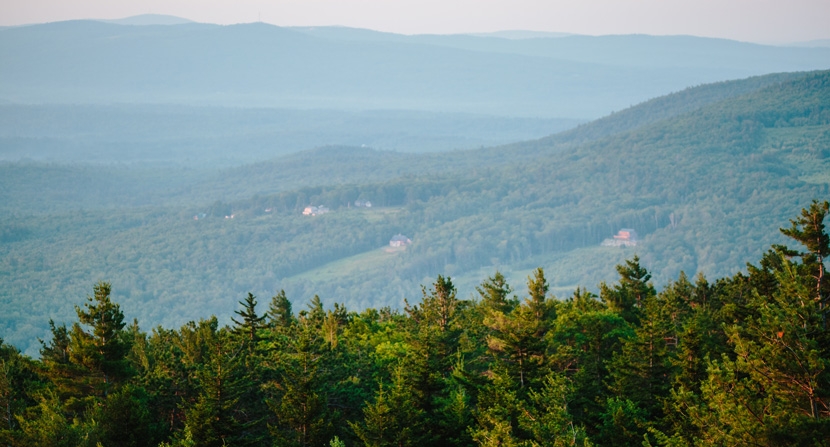 At the Forest Society we have long focused on slowing the loss of forestland—our 1904 mission statement calls for us to “perpetuate the forests of New Hampshire.” Emily Lord/Forest Society Photo.

Let’s pretend for just a moment — turn off the TV and look away from the internet — that we all agree that climate change is real and that those changes will make things increasingly difficult for human beings on Earth.

If we all agreed (remember, we’re pretending), what might we do to slow or redirect the change? For example, how might we take up and store more carbon while releasing less? And to what extent would it make a difference? And what additional benefits might there be?

According to a new study released last week, our forests and other lands — not just here in New England but across the United States — present opportunities to do just that.

Simply put, trees and plants take in carbon dioxide, then store more and more carbon in the biomass that makes up the plant as it grows. So what might happen if we managed lands across the country to enhance that process?

The new peer-reviewed study, “Natural Climate Solutions for the United States,” was published in the journal Science Advances (look in the rack at the supermarket checkout aisle just below People magazine—just kidding!). Authors Chris Williams (Clark University), The Nature Conservancy and a long list of others, posit that by adjusting 21 natural management practices we could increase carbon storage and avoid greenhouse emissions in an amount equal to nearly 25 percent of our current net emissions.

Interesting. Well, maybe not as interesting as what Meghan Markle might be wearing on the cover of People, but still worth a look. We could mitigate a quarter of our carbon emissions by managing our forests and land a little bit differently.

Quick, before we stop pretending to agree, tell us more!

So what are the 21 ways to leave your carbon? Do we need to make a new plan, Stan? Grow a big tree, Lee, and get ourselves carbon-free?

At the Forest Society we have long focused on slowing the loss of forestland—our 1904 mission statement calls for us to “perpetuate the forests of New Hampshire.” It’s hard for a forest that’s become a parking lot to photosynthesize and take up much carbon, and parking lots (or other developed landscapes) rarely ever get the opportunity to return to forest.

Every year we lose more and more forest to development. The researchers in this case tried to make it easy for us to understand how much by noting “every day we lose 2,000 football fields worth of forestland” in the lower 48 states.

Hmmm. Well, I’ve seen one football field but I can’t really envision 2,000. Let’s try this: Tom Brady has thrown for 68,907 yards in his career, which is the length of a mere 689 football fields. So every day we are losing almost THREE TIMES the GOAT’s career yardage in length.

Or, put another way, we are losing the equivalent of an area 20 percent bigger than the entire state of Rhode Island of forest a year, and thus releasing 50 million tons of carbon dioxide. Most of this is due to urban and suburban sprawl. Slow that trend by keeping forests as forests, and it will make a difference.

Here in New England, general reforestation and fire management are less likely to move the needle on carbon because we’ve largely accomplished it. Since the early to mid-1800s, much of the land cleared during the first 200 years of European settlement has reforested itself. Maine, New Hampshire and Vermont are the three most heavily forested states in the country. (It would be interesting to calculate to what extent the reforestation of New England has already mitigated effects of the industrial revolution.)

But the study also addressed the potential positive effects of urban reforestation—that is, planting more trees within urban and suburban environments. Trees matter, even in the city and the ‘burbs.

Perhaps most interesting is the study’s look at how stewardship of our forests can make a difference as well. It’s complex, involves considering longer rotations (the frequency with which a working forest is harvested), and presumes a broader market for carbon that would enable more landowners to generate revenue in recognition of the carbon their private forests take up and store.

The authors gently suggest a temporary 10 percent reduction in harvesting volume, while acknowledging that the purpose of the harvesting matters. Wood used in construction or other long-life products can be a meaningful carbon sink itself. 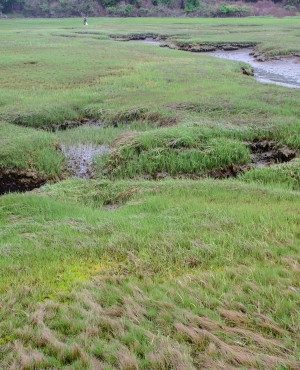 A volunteer searches for trash for a clean up along Sagamore Creek in Portsmouth, where there are many tidal marshes. Emily Lord/Forest Society Photo.
Other land stewardship “pathways” for carbon include such things as tidal wetland restoration, better use of cover crops and more efficient use of agricultural lands. The study is the first to include the climate benefits of coastal wetlands and grasslands in a comprehensive mix along with forests and agriculture.

In discussing the study, Williams emphasized that while “Natural Climate Solutions” can help, they alone won’t get us where we need to be in terms of mitigating greenhouse gases.

OK, we can stop pretending to agree now. Let the debates resume. If we do end up cooking this planet, maybe we can just hop on over to the super Earth exoplanet whose discovery was also announced this week and where the temperature is a brisk 238 degrees below zero. Orbiting Barnard’s Star, it’s only six light years away — which is many, many, many football fields.