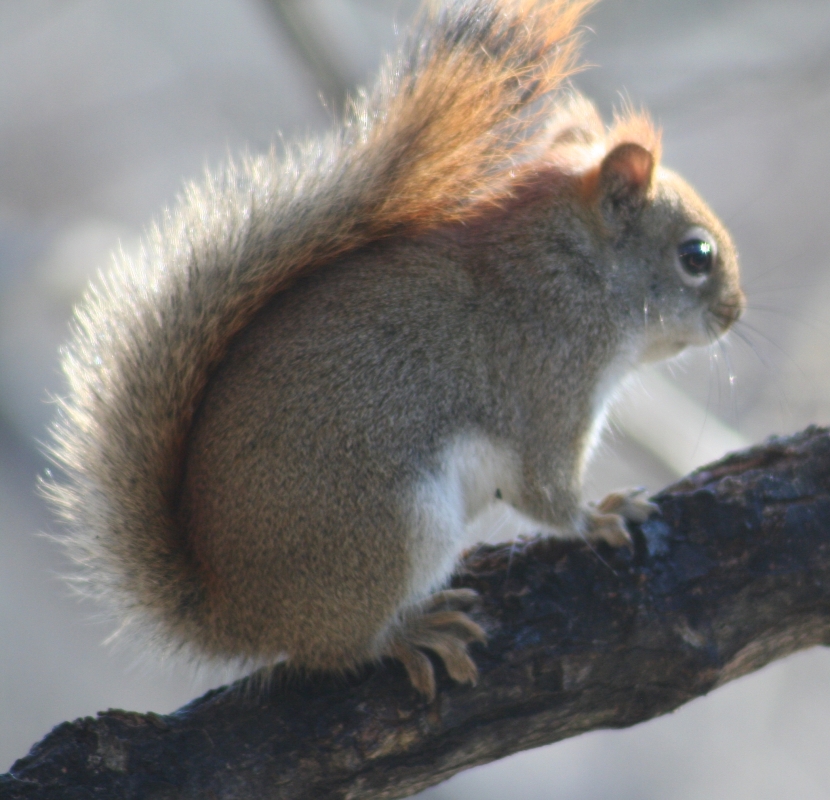 Took a therapeutic morning walk in the forest after the snow fall on Monday. The light dusting created near-perfect conditions for mammal tracking.

Have you noticed how winter sunlight has a slightly higher angle than a month ago? We've turned the mid-January corner when days begin to lengthen almost imperceptibly. But, birds and mammals notice. You might notice the slight uptick in pre-breeding activity from the furbearing mammals hunting for rodents and searching for potential mates. And there is a subtle increase in chatter and tweets from winter resident birds – even if mostly at suburban birdfeeders and urban curbsides and shopping centers that serve as shelter for chirping house sparrows. They persist all winter. The Miracle Mile of avian fast food joints (birdfeeders, backyards full of ornamental landscape including tasty shrubs and compost piles) draw the most action.

Tracks near my house included an opossum who discovered a pile of waste carrots dumped out behind the orchard fence. No apples this year. I also came across some deer body imprints. Deer are feeding on grass in fields at dusk and bedding in shelter of overgrown Balsam Fir Christmas trees. Deer and opossum with little snow – seems more like Virginia every year!

Tracks in the deep woods tell a different set of stories than tracks on the edges of the forest. There wasn't a single mouse track, and I found only one gray squirrel track! Typically squirrels are the most numerous mammal track. Turkey flock seems to have left lately. The oak forest is at a low ebb of activity not seen since the “Great Squirrel Apocalypse” of 2018.  This is likely for the very same reason as five years ago: two very poor acorn production years leading to the ratcheting down of rodent populations. Autumn 2022 had almost zero acorns where I live. Thus, the rodent population crashed. The white footed mouse population can’t reproduce and quadruple every 35 days through the entire winter when there is no food.

Though us humans aren't appreciating the warm spell, uncommonly mild winter temperatures with little snow so far is one unexpected bonus for wildlife - especially hungry predators. They don't have to burn so many calories on staying warm, and can instead use energy to find food.

I followed two pairs of coyote tracks for a long distance while tracing the entire woods road network, but found fox tracks closer to home near the birdfeeder zone. Canids are hungry and willing to risk coming near neighborhoods. It’s a rough winter in deep woods for predators who rely on mice and squirrels. Interesting how coyotes and foxes wandering widely. I suspect owls are doing likewise. It’s the same reason social media feed shows hungry bobcats hanging out at backyard birdfeeders. In the deep woods, the pantry is empty. Your backyard will likely prove more bountiful.