Wildlife on the Merrimack River Floodplain 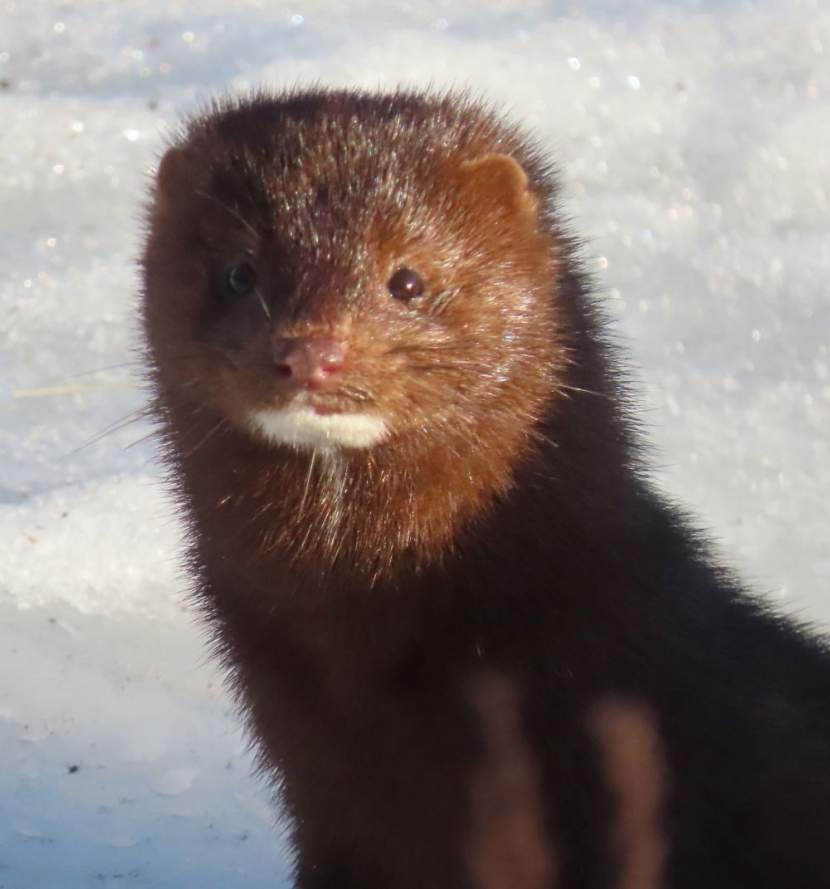 "Wake of the Flood"

A very flooded floodplain this morning, and I was standing by the first bench (bench itself partially submerged)  waiting for a mink to come by, and it did, and I followed it up the bank as it swam toward the mill brook.  Then it left the water and scampered inland, with a trio of jays telling of me of its progress— I lost sight of it and went back toward the brook, and then it popped up by my boot, paused for a second to look at me, then ran back through the brush and into the water.  I watched/followed it back up toward the cove, and by an old beaver dam, saw it get back on the bank and climb up into that big old hollow maple snag.  About a half a minute later, it emerged and scooted back down onto the bank, racing along with something in its mouth.  A minute later, it was back, and repeated the sequence— that’s when I realized it probably had a baby mink in its mouth, having probably stashed them up in the snag when its den was flooded.

She made three trips to the tree that I saw, each time apparently depositing them about 50 feet further down the bank.  What I realized later was that this was just the first leg of the journey, because I caught the tail end while standing about midway back toward the brook.  She came zipping back through the brush, focused on her mission, and 5 minutes later returned , racing over a log with what must have been the last of the babies in her mouth, for the last leg of the journey to wherever she found a new place to den. Wow! 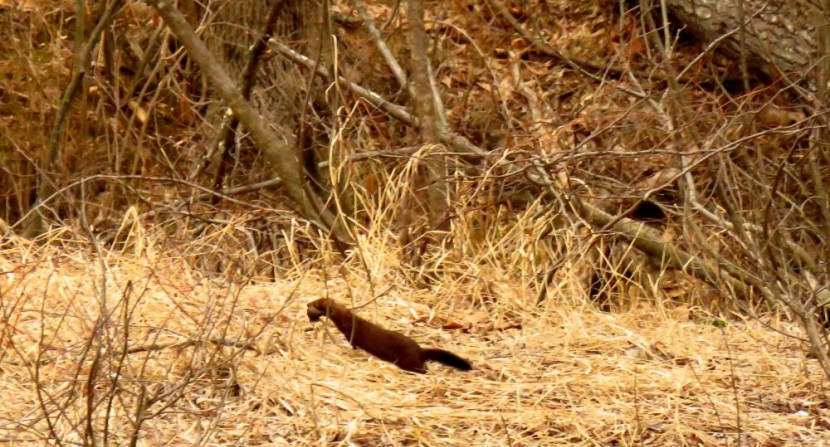 Watching the distance she traversed this morning, both solo and with baggage, I guess I’ve been mostly watching one of a pair.  My photos, taken through thickets and brush, look mostly like nothing— a hotdog with a tootsie roll? I love when I see something I’ve never seen before.  I’ve always wondered how bank denning animals cope with the sudden precipitous rises in water we get a day or two after a storm.  If I was right about where the initial den site was, she must have swum across the cove with each of the little ones before stashing them up in the stump...

I’m sure she was moving babies from the hollow stump (point A)  to about 20 yards down bank  (point B).  When all three kits were at point B, she carried them one by one along the next stretch of bank. I love how they can’t resist running on a log.  It must be more economical in terms of energy to run on top of a log, rather than along the ground beside it. She also seemed to be taking risks with running along the bank instead of in the water, which fits with having an offspring she was trying to relocate.  What a job! 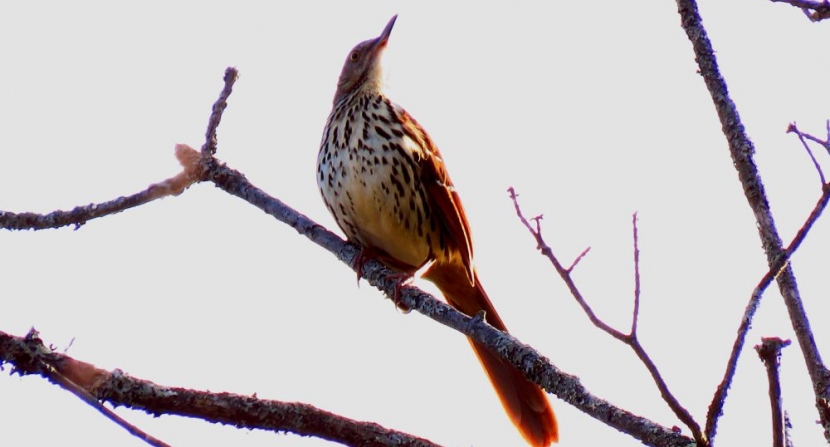 This morning though, before I was even through the pines, I heard what turned out to be a brown thrasher!  I thought at first it was a catbird, but then I got a good look at it and was delighted!  For years there was a pair of thrashers that I’d see  very early on summer mornings  on the sandy bank by the mulberry—they seemed to have their base in one of those big white pines.  Then for the past three year, no thrashers.  I’ll be interested to see if this one was just passing through—he was certainly making a joyful noise out there this morning. 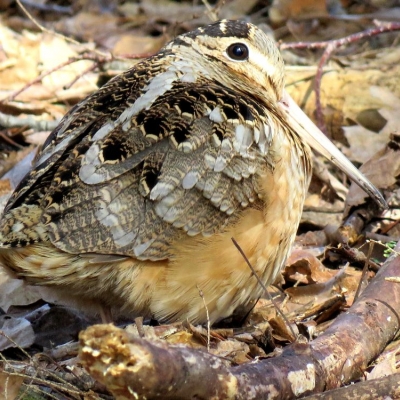 I startled a woodcock the other day in the meadow by the silver maples. I found a very obliging one over in the woods behind White Farm, and I was able to get many pictures…  I loved getting close enough to see that strange little strut that they do before they poke that long bill into the mud.

One that I thought was especially lovely, one that shows the huge top of the head and eyes, and another one with its bill plunged into the ground.  What gorgeous little birds—it was a great privilege to have the chance to get so many pictures of this one. 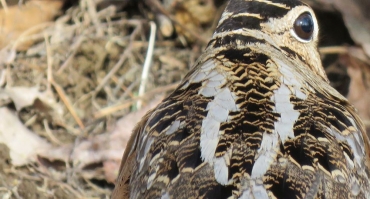