Turtle Nesting Season - Why Did The Turtle Cross The Road?

So give 'em a brake!
Dave Anderson
Wildlife 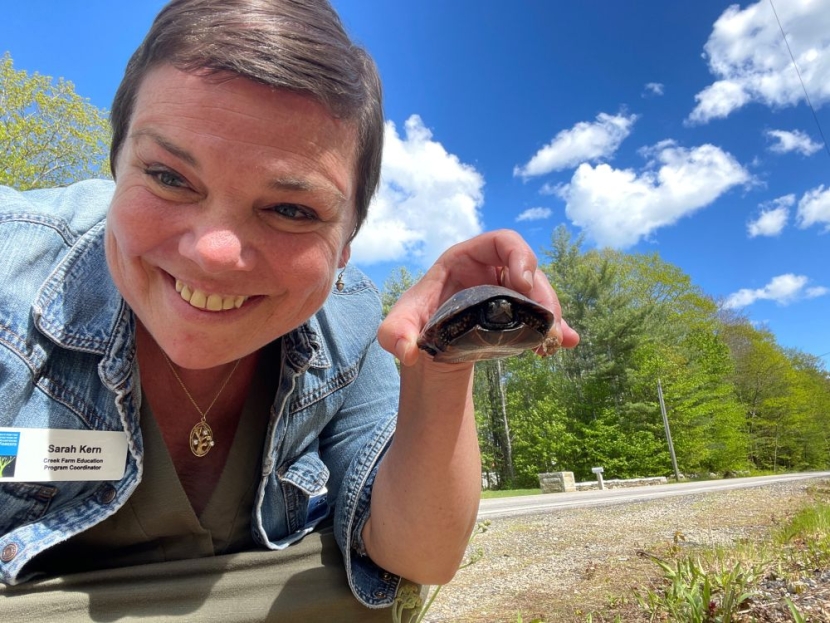 Q: "Why did the turtle cross the road?"

Contrary to the 'Dad joke' answer, the reality each year in May and June is more likely to be  "to get to her nesting grounds to lay her eggs." 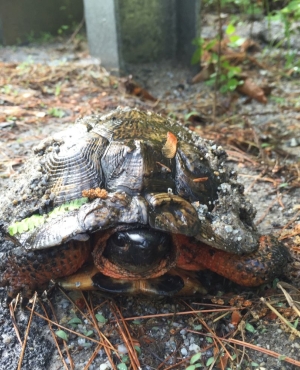 Female turtles migrate during the latter weeks of May and early June.

This is a time of year when people encounter many turtles crossing NH roadways as females move from wetlands or from upland forests to find warm, sunny and sandy locations for creating nests and laying eggs. Eggs can take the summer to develop when nestlings emerge or nestlings may remain inside their natal nests until the following springtime before emerging and migrating to water and wetland habitats.

Turtles can take a decade or longer to reach sexual maturity to mate and lay eggs.  There are several predators that typically unearth and consume their eggs.

The slow journey to and from ancestral nesting grounds often takes turtles across busy roadways.

Turtles are living dinosaurs. The earliest turtles appeared from nearly 300 million years to 250 million years ago in the Permian epoch.   There is nothing in their evolutionary history that prepares them to contend with cars and trucks travelling at 50-60 miles per hour on rural highways through their remaining habitats. 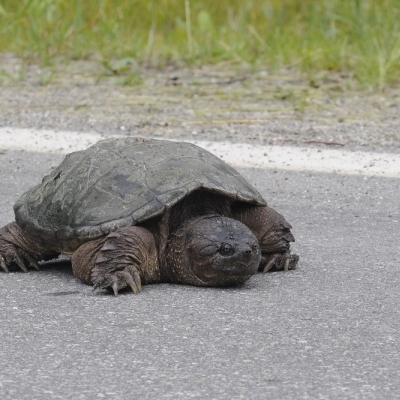 Snapping turtle on a NH roadway

Habitat loss across the state via land conversion - from open space along waterways of rivers, ponds and wetlands bordering farm fields and forestland - to new residential and commercial development in burgeoning suburbs and cities has further reduced turtle populations throughout New England and in southern NH in particular.

While snapping turtles and painted turtles are common and familiar to residents, NH is home to some rarer turtles now migrating to nesting areas. Spotted turtles, Blandings turtles and Wood turtles are all rare and protected species which are not typically encountered in other seasons. The spring nesting season brings turtles onto roadways and into backyards where they encounter cars, people and pets.

Watch for turtles crossing roads. It may be possible - when safe - to pick them up to assist them to reach the destination they are headed toward on the other side.

Turtle rehabilitation is a needed field in NH to care for more sick and/or injured turtles. If you find or become aware of injured turtles, please contact The New Hampshire Turtle Rescue: www.nhturtlerescue.org The phone number is 603-417-4944.  This is a recently licensed professional facility in NH to respond to opportunities to assist people rescuing turtles struck by cars or boats or injured by dogs or other wildlife. 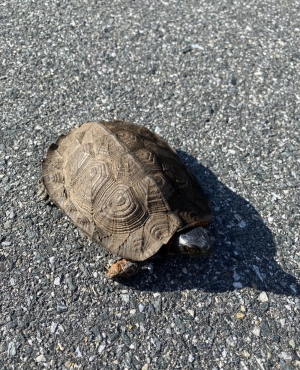