The submersible lifestyle of aquatic turtles 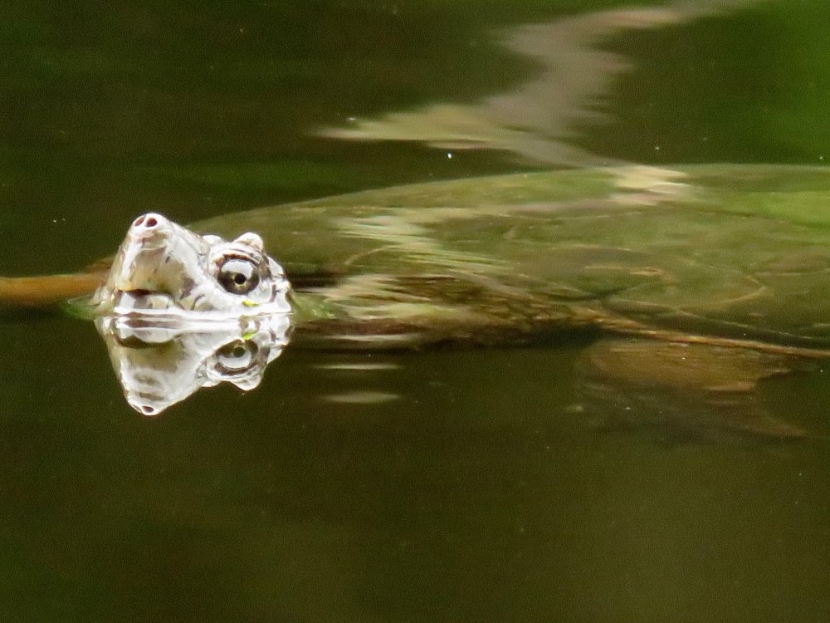 For snapping turtles in early summer, the varied dinner menu includes fish, frogs, snakes, ducklings or goslings. As omnivores, their diet also includes plants including algae and duckweed. They eat spiders, insects and worms, snails, crayfish and even smaller turtles.

Snapping turtles seem bulky and awkward while on land seeking nesting sites to lay their eggs in late May and early to mid-June. The are vulnerable crossing roads to nest. Their eggs and small emerging nestlings are most vulnerable stage in life. Adult snappers have few predators except otters. 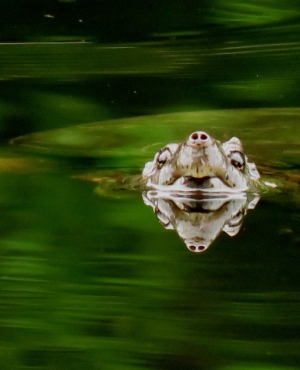 By later June and for most of the summer, snapping turtles are aquatic, rarely leaving water.

Snapping turtles operate like submarines - lying in wait beneath the water surface, blending in with sediment and mud on the bottom or floating in sun-warmed surface water while watching for potential meals below and at the surface of the water in wetlands, ponds and lake habitats.

Snapping turtles typically rise to the surface to breathe every 5 minutes but can remain submerged for as long as 45 to 50 minutes at a time. The upper shell or "carapace" not only protects turtles but helps basking turtles thermoregulate -  absorbing warmth from the sun while basking along floating logs or when suspended just below the surface. In winter, turtles enter a torpor while buried in mud and sediment beneath the ice and able to absorb oxygen directly from water via their vent called a "cloaca."  Yes, snapping turtles can literally "breathe through their butts" as somebody had phrased it.

Turtles have inhabited the Earth for 230 million years. Snapping turtles appeared in fossil records some 70 million years ago. Today these reptiles are often referred to as "living fossils" or "resident dinosaurs."

Their fearsome reputation among humans may be overblown as they are generally not aggressive unless threatened. 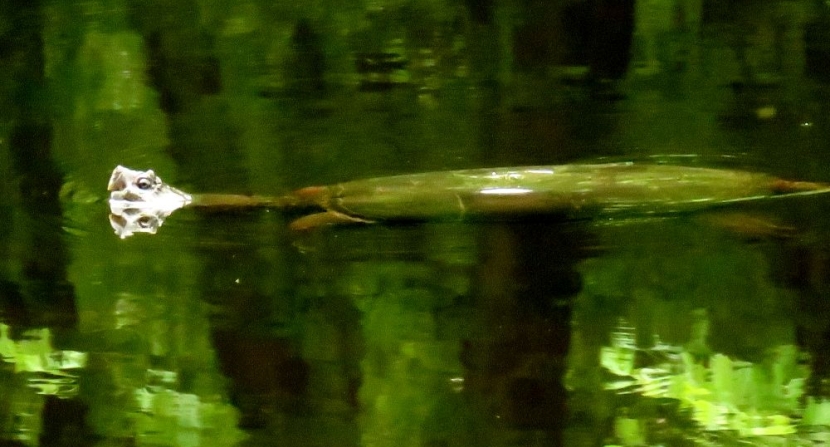