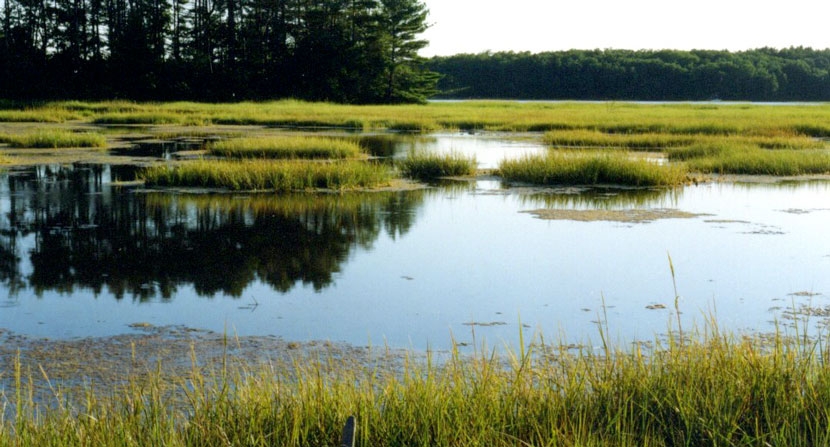 Forest Society staffer Matt Leahy joined with Commissioner of the Department of Natural and Cultural Resources Sarah Stewart and other New Hampshire-based advocates of the Land and Water Conservation Fund on September 13 at Pawtuckaway State Park to thank Senator Shaheen for her on-going work to reauthorize and fully fund the LWCF.  She is sponsoring S.569 – the Land and Water Conservation Authorization and Funding Act.

As we have noted on the Forest Society website's LWCF page, the authorization for the LWCF expires on September 30, so Senator Shaheen’s visit to Pawtuckaway was especially timely.  We appreciate her commitment to not only working to get it permanently reauthorized but, just as importantly to securing robust, reliable funding for the long-term future of this critical program.

However, obstacles continue to challenge her efforts reach that goal.  Much of the annual Outer Continental Shelf (OCS) energy revenue continues to be diverted away from LWCF in the appropriations process and used for other purposes. In fact, new proposals in both Houses of Congress have emerged that seek to send OCS dollars to deferred national parks maintenance.  That is the intent of the Restore Our Parks Act (S. 3172), currently pending in the U.S. Senate, which proposes to establish the National Park Service Legacy Restoration Fund. While we agree the upkeep on our country’s national parks should be supported in order to maintain the full experience for the millions of annual park visitors, the fact is that the LWCF has rarely received the full funding promised to it. Furthermore, S. 3172 only would provide maintenance funds to the National Park Service - not to the US Forest Service or the U.S. Fish and Wildlife Service.  That means the White Mountain National Forest and the national wildlife refuges in New Hampshire would receive no benefit from this new program.  So, not only could this bill continue the on-going short-changing of the funding for the LWCF but it will not help to fix the infrastructure on the federal lands in New Hampshire.

Because of the imminent expiration deadline for the LWCF and the questions about S. 3172, we ask members of the public to contact Senator Shaheen and Senator Hassan on behalf of the LWCF.  Bring up these points to them:

Let’s take care of the LWCF first before we set-up any new OCS-funded programs.