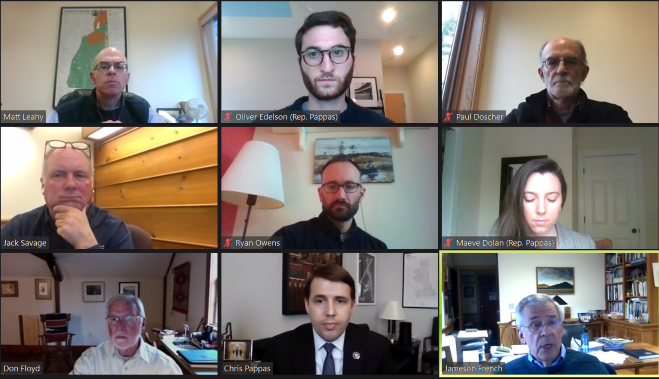 As part of our meeting agenda, we briefed the Congressional delegation on several important issues including how Congress can help end abusive conservation easement tax shelters; building support for the Forest Incentives Program Act; and the key role forested landscapes play in addressing climate change.

The lead topic was the Charitable Conservation Easement Program Integrity Act.  The federally-administered Conservation Easement Tax Incentive is an important tool to encourage land conservation and the protection of significant natural resources.  In return for donating an easement to a land trust, the incentive provides landowners a charitable deduction based on their income and the fair market value of the donation.

Unfortunately, a few groups have been exploiting the tax incentive. In addition to the loss of federal revenue-the LTA estimates the unwarranted deductions totaled $36 billion between 2010 and 2018- this abuse simply undermines the fundamental purpose behind conservation easements. First proposed in 2017, the Charitable Conservation Easement Program Integrity Act aims to address this on-going abuse.

Of course, climate change is the dominant environmental issue facing New Hampshire, the United States and the world. As we noted, policies that keep forests as forests will tangibly address the problems climate change is creating.  New Hampshire’s land trusts are well-positioned to be part of the solution-making. We encouraged the delegation to include steps that support the protection, restoration and stewardship of open and working lands in any Climate Change-focused legislative action Congress will consider this year.

Fortunately, the federal government has in place several programs, like the Land and Water Conservation Fund and those funded through the Farm Bill, that are important to protecting open lands.  In addition to those existing programs, we encouraged the delegation to support the enactment of new tools like Senator Shaheen’s proposed Forest Incentives Program Act.

Read the press release from Senator Shaheen regarding the Forest Incentives Program Act which includes a quote from Forest Society President Jack Savage.

Thank the NH Congressional delegation for their past support of the act and to encourage their continued support, click on the following links to each office: 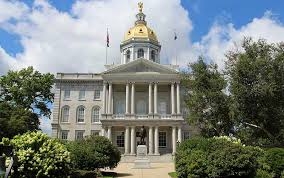 Stay connected with advocacy news from NH and DC by reading current and past editions of our Forest Advocate e-newsletter.