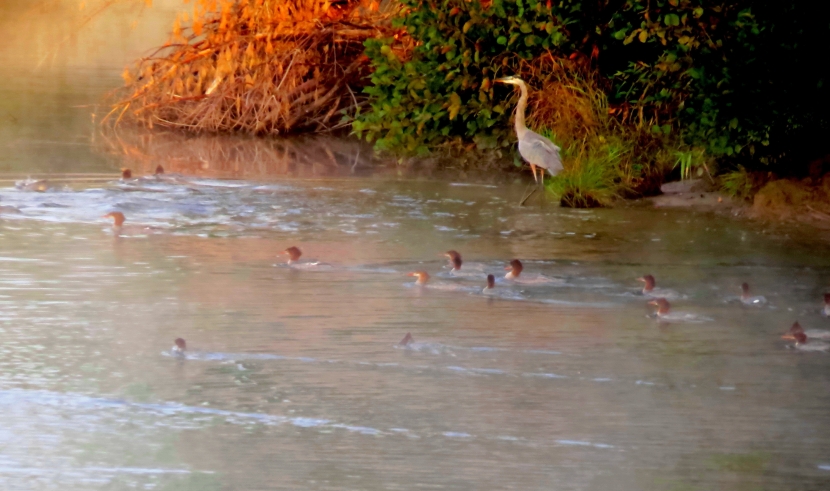 A great blue heron gets in on the action of a flock of feeding mergansers. All photos by Ellen Kenny.
September, 2015 - On my morning walk along the trails of the Merrimack River Outdoor Education and Conservation Area in East Concord, the river was placid and covered with mist , but when I came 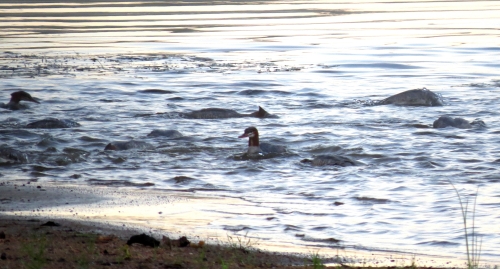 to the oxbow, I noticed that there were waves and whitecaps, even though there isn’t more than two feet of water back there.  The commotion  was from a flock of common mergansers --  about 25 or 30 ducks, half of which were under water at any given time -- and they seemed to be working together to herd the fish toward the sandbar.  They were totally caught up in the fishing and oblivious of me—wish I had had more time to watch. 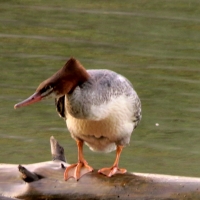 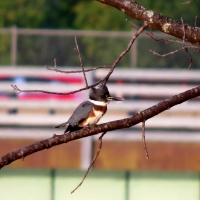 The next day, the merganser flock was at the same place at 6:30 a.m. or so, but when the fishing and preening ended, they headed up the river with a kingfisher and a heron closely following.
The kingfisher followed them from snag to snag chattering all the while as they made their way upriver,  and the heron buzzed over them like a helicopter.
The mergansers all stopped for a riotous feed at the first beach, and the heron landed right along beside them with the kingfisher making a racket in a tree above.   The heron and kingfisher seemed to be cashing in on the mergansers’ fishing strategies. 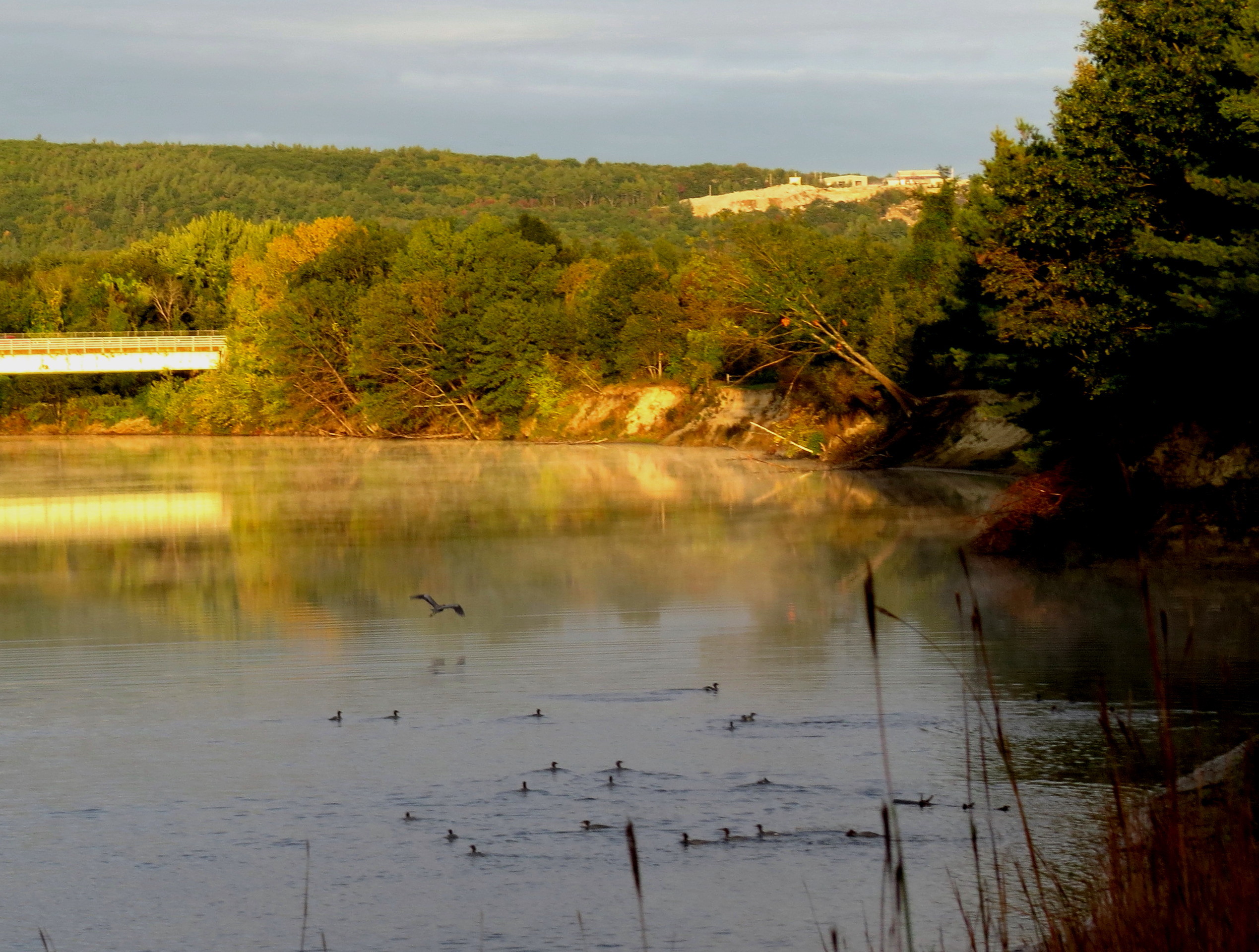