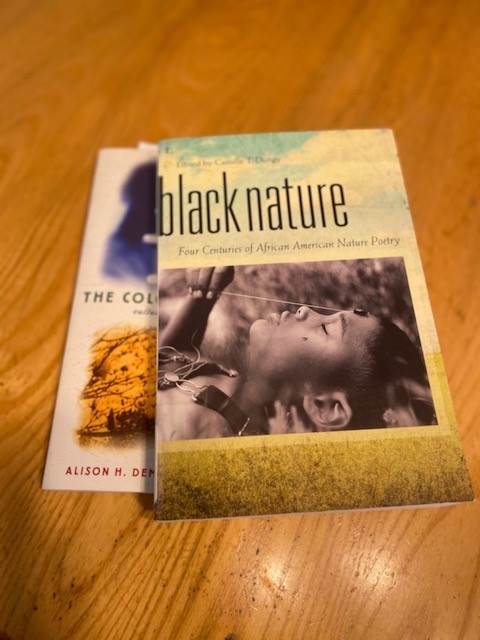 As the country marks Black History Month, I wanted to share a few recommendations for resources that have recently helped me learn more about African American outdoor adventurers and connections between Black history and the natural world. The stories include the first African American expedition to climb North America's highest peak, Denali, and of a young writer growing up in the hills of Kentucky.

Of course, there are many more offerings that explore Black history in the context of nature. I hope you'll join the conversation on our Facebook page and share your recommendations as well! 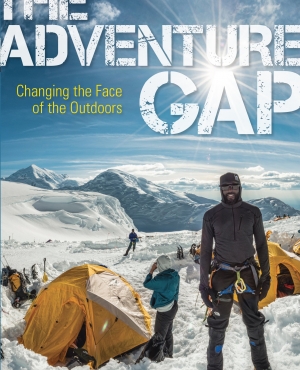 The Adventure Gap is one part expedition journal (documenting the first ascent of Denali in Alaska in 2013 by a group of climbers who are majority African American), one part history lesson on African American explorers you may not have heard of (such as Charles Crenchaw, the first African American climber to summit Denali), and one part profile of up-and-coming African American outdoorspeople making waves in activities ranging from snowboarding to rock climbing.

The expedition portion of the book is no Into Thin Air — although Jon Krakauer makes an appearance — but that's a good thing when you're rooting for a trailblazing team to reach the summit, a few of whom are relatively young mountain climbers. Spoiler alert: everyone returns to base camp safely.

The story veers into the promotional at times (as the publisher's description says, "The goal of the expedition, and now the book, is to inspire minority communities to look outdoors for experiences that will enrich their lives, and to encourage them toward greater environmental stewardship.") but overall is a worthy addition to the canon of mountaineering books and was a highlight of my Black History Month reading.

You can also check out the accompanying documentary, An American Ascent with the link in the "watch" section below. 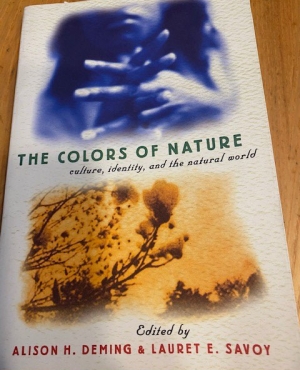 There are many thought-provoking and beautiful essays from writers of color in this 2002 compliation. My favorites among the African American writers in the collection include Jamaica Kincaid's essay, "In History," and bell hooks' essay about growing up in the Kentucky hills, called "Earthbound: On Solid Ground."

Here's a passage from bell hooks:

"Ultimately no matter what was said or done, the spirit called to us from a place beyond words, from a place beyond manmade law. The wild spirit of unspoiled nature worked its way into the folk of the backwoods, an ancestral legacy, handed down from generation to generation. And its fundamental gift, the cherishing of that which is most precious, freedom. And to be fully free one had to embrace the organic rights of the earth." — bell hooks 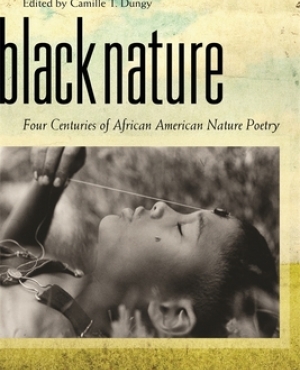 This collection of nature poetry and essays is meant to "serve as an introduction to a new way of thinking about nature writing and writing by black Americans," editor Camille T. Dungy notes. Spanning more than 300 pages, the poets include Nikki Giovanni, Langston Hughes and Audre Lorde. I've found that during the pandemic, it's been hard to focus on long books. For me, dipping in and out of poetry can be a quick balm for the soul, especially during the winter, and also helps me see the world in new ways. Here's an excerpt of Lucille Clifton's "the earth is a living thing"...

"is a black shambling bear

ruffling its wild back and tossing

mountains into the sea..." — Lucille Clifton, the earth is a living thing

Other highlights include the short, compelling poems by Richard Wright and Dungy's call to re-think the roots of nature poetry. As she writes, ".. in a great deal of African American poetry, we see poems written from the perspective of workers of the field. Those these poems defy the pastoral conventions of Western poetry, are they not pastorals? The poems describe moss, rivers, trees, dirt, caves, dogs, fields: elements of an environment steeped in a legacy of violence, forced labor, torture, and death. Are these not meditations on nature?"

Outdoor Afro volunteer leader Mardi Fuller will take viewers on a winter hike. Watch and see whether she completes her goal to hike all 48 of New Hampshire's mountains 4,000 feet or higher in winter.

The documentary version of the journey described by James Mills in The Adventure Gap about the first ascent of Denali by a group of climbers who are majority African American.

A NOTE ON BOOKS

It can sometimes be difficult to find older titles that may be out of print or books that have recently become highly sought-after... however, I found a used copy of one of the books online and found the others available at my Manchester library (one as an e-book and the other a hard copy, available with no-contact pickup). Don't forget about your local library!

Anna Berry is the digital outreach manager for the Forest Society.