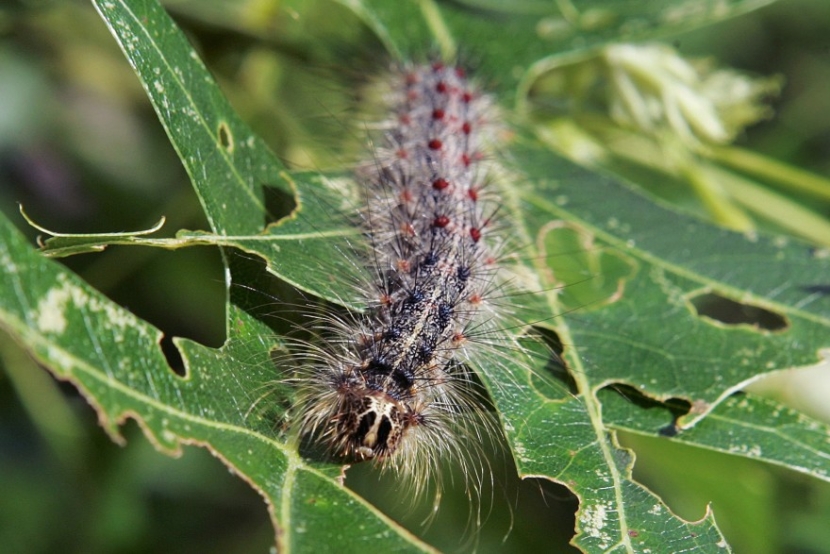 Spongy moth caterpillars (formerly known as gypsy moth, Lymantria dispar dispar) are now being observed in heavy concentrations in localized hardwood forests in southern and central NH. This non-native insect was introduced into North American in 1869 with the goal of breeding a hardier variety of silkworm and developing a silk industry in the United States. This effort failed, and the moths escaped into the wild, and are now present in 19 states, from North Carolina to Maine, and as far west as Minnesota. 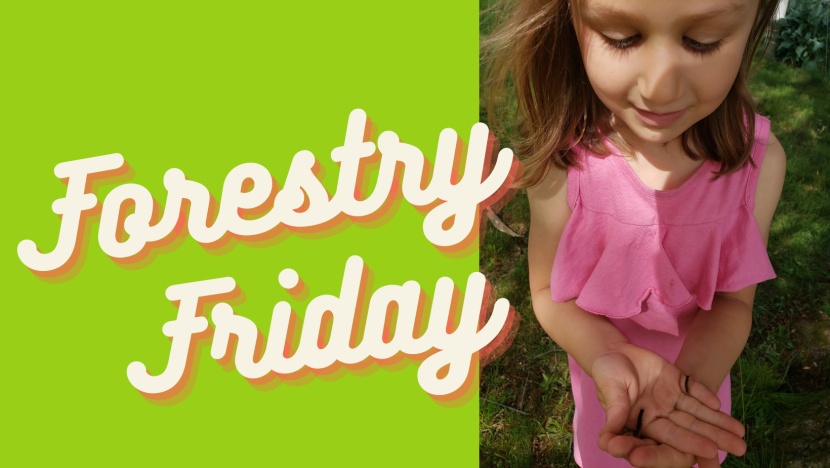 Caterpillars can be a great opportunity to introduce young children to the wonders of the natural world. (Photo: Gabe Roxby)

Spongy moth populations can remain at low levels, and then rise sharply in outbreaks that can last several years. When their populations are high, they caterpillars are typically brought under control by the fungal disease Entomophaga maimaiga (introduced intentionally in the early 1910s), but severe defoliation can sometimes occur before this control is achieved. Caterpillars infected by this disease will appear deflated, often hanging down from a branches, leaves, or tree bark.

Spongy moth outbreaks may occur as a result of climatic factors or due to low populations of small mammals, which are predators of the caterpillars and moths. Trees which are defoliated by spongy moth, or other early season defoliating insects, can put out a second set of leaves (usually smaller and stunted) later in the season. Repeated years of heavy defoliation, or the combination of defoliation with other stressors, can result in mortality. Spongy moths seem to prefer oak trees, but can be found on a wide variety of hardwood trees, and even on softwoods when populations are high.

Instead of focusing on the harm that spongy moths can cause to our forests, you might consider using them as an easy teaching tool to develop a fascination with our forests and ecosystems. These caterpillars are not harmful to touch, and can capture the attention and imagination of kids.

For more information about spongy moth, see this helpful page on NHBugs.org.