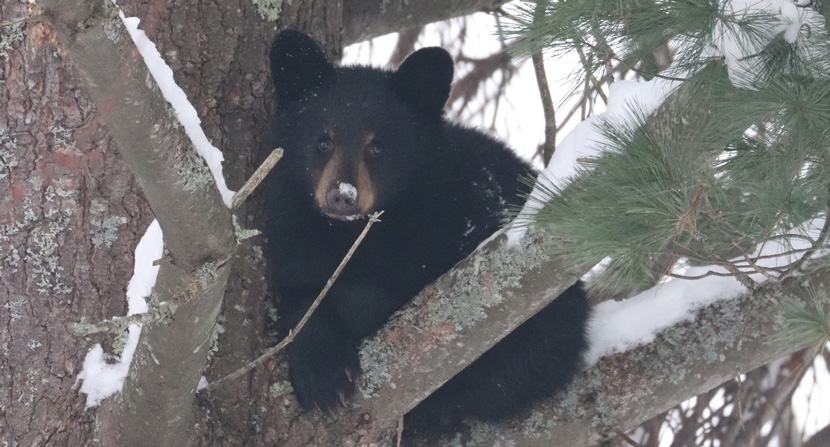 NH Fish and Game Department administers hunting and fishing laws, leads search and rescue operations, enforces OHRV laws, and conducts many other operations that it is called upon to perform. The department responded to a spike in orphan bears this year. Photo by Andy Deegan.

However, as outlined in the introduction, Commission members did agree the funding the Department receives does not support its greatly increased responsibilities.  This situation is probably most apparent in the underfunding and understaffing of the Law Enforcement Division.  In fact, the agency has only 34 Conservation Officers (COs) currently on staff.  While part of the staffing crunch is due to retirements, the truth is that number is far below the forty-seven officers Fish and Game is authorized to carry.  Perhaps more importantly, it is far less than what the Department needs to enforce OHRV laws, lead search and rescue operations, administer the hunting and fishing laws and conduct the other operations the Law Enforcement Division is called upon to perform.

To begin to address this understaffing, Fish and Game has requested from the State Budget $3.5 million in Fiscal 2020 and $3.7 million in Fiscal Year 2021.  To compare, in the current state budget covering fiscal years 2018 and 2019, the Department received $749,912 in FY 18 and $758,180 for FY 19.  In addition to funding the COs now working there, this request will also help Fish and Game cover two of the six unfunded (meaning the agency has not been provided the funds needed to fill those jobs) CO positions thereby putting more COs in the field.  More boots on the ground means we will have an agency better prepared to carry out its mission to protect New Hampshire’s natural resources.

The Forest Society intends to work with the other organizations and members of the Legislature who participated on the Study Commission to support the budget needs of the Fish and Game Department.  The hearings and other work on the 2020/2021 budget will not start until the Governor presents his proposed budget around February 15. Once this process begins, we will provide updates on the status of budget deliberations and how we will be engaging on this issue.