Of Birds and Buds 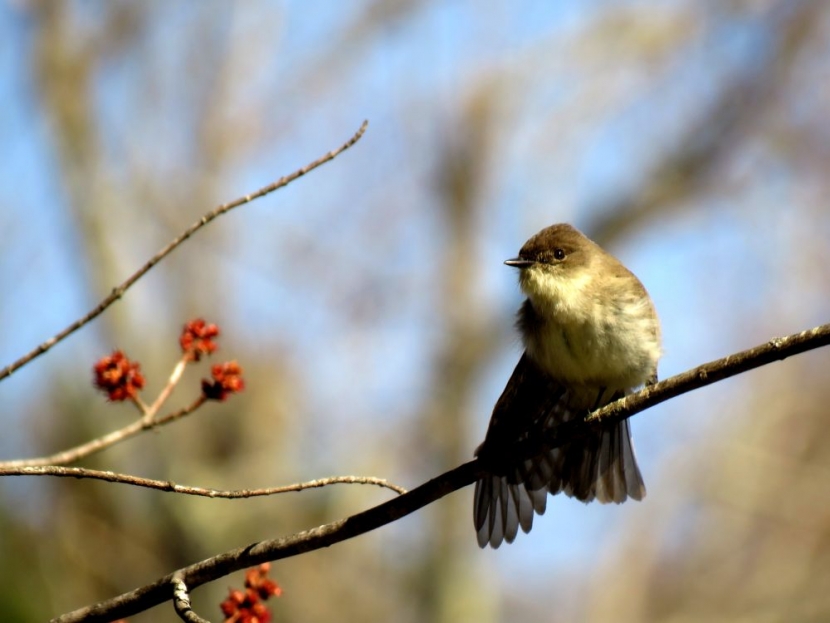 It seems like this first half of April, now in the rearview mirror, has given us many mornings of sub-freezing temperatures and grey, brooding skies.  Despite the chill though, mornings on the floodplain have been ringing with birdsong  that grows daily in variety.  Walking the Conservation Center’s back path, you can see the changes taking place along  the Mill Brook and Eastman Cove.  The momentum of change in color, sound and texture seems to accelerate regardless of the grey skies, until one day, soon, full- blown Spring will have its miraculous explosion. 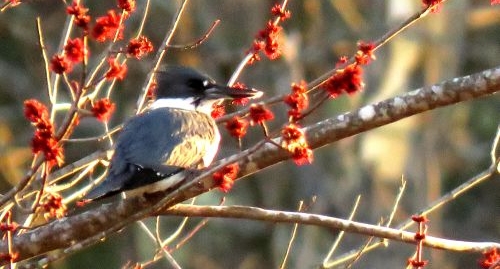 Spring was gloriously erupting throughout the flood plain at the Conservation Center this morning, despite the early cold temperatures.  There was so much going on that it was hard to know where to look.  Cardinals, robins, woodpeckers, a phoebe, song sparrows and white throated sparrows provided the sound track, along with geese honking and a kingfisher rattling further up in the marsh.  The tops of the silver maples along the Mill Brook were bustling with wood duck pairs, while down below a beaver was swimming upstream. 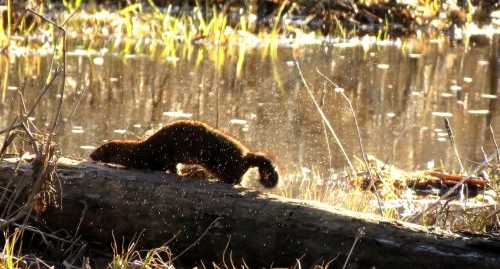 Further up the stream a great blue heron took off squawking its disapproval of my presence.  I saw a fox traveling through the woods on the far side of the marsh and sat down to see if it would emerge in a place where I could get a good look, and almost as soon as I was sitting, a mink came dancing through the underbrush, took to the water and then spent some time exploring the beaver dam.  This is the longest opportunity I’ve had to watch a mink. It came out of the water and performed a scent marking routine on a log that lasted at least two minutes, before it dove back in and vanished into the buttonbush thickets. 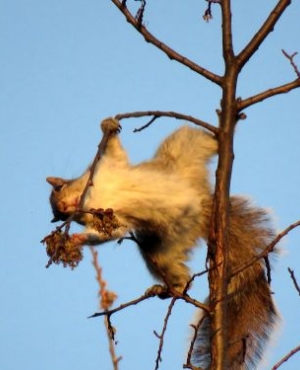 Meanwhile, there are the maple buds.

On the subject of April, the late outdoor essayist Hal Borland wrote, “The fires of Spring are aglow in the swamps and along the damp valleys where the red maples root in the deep silt washed down from the hillsides.  Maple buds have opened, and the warm crimson outlines every twig, a deep blush of color…  It is like a haze among the branches, almost an aura, and it seems an even deeper shade when seen against the blue of a clear April sky.”

- "The Fires of Spring," April 15, from Sundial of the Seasons by Hal Borland 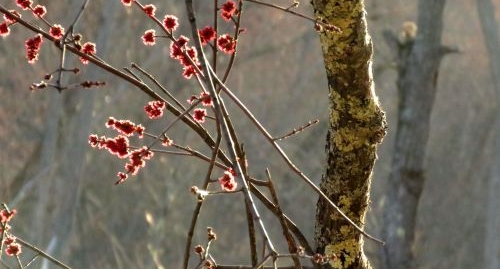 These photos depict some of the many visitors and residents of the April floodplain, seen against the backdrop of those 'small fires of Spring.'

To plan your visit to our Merrimack River Outdoor Education and Conservation Area visit our webpage here: https://forestsociety.org/property/merrimack-river-outdoor-education-con... 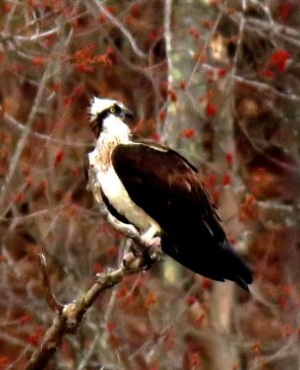