Can You Give Undeveloped Land? Yes! 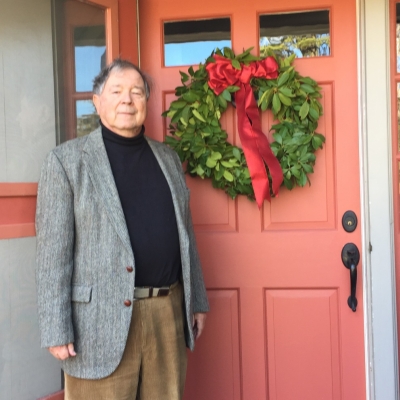 Sitting in his sunny dining room overlooking a saltmarsh in southeastern Massachusetts, Peter Ouellette explained how owning land in Mason, N.H., helped him preserve strong feelings for the community where his great grandparents settled in the 1850s and where he was born more than 80 years ago. He recounted fondly being a first-grader in the one-room schoolhouse there and how he and his siblings would gather laurel branches with their mother, a young widow, whose talented hands would turn them into Christmas decorations to sell, to ensure a “good Christmas.” Although Peter bought 10 acres there some 40 years ago, with an eye towards building and retiring there some day, other circumstances kept him at his current home overlooking Buzzards Bay. Nonetheless, every Thanksgiving, he would drive to his land in Mason, cut boughs from the abundant laurel there, and shape a holiday wreath to hang on his front door in Dartmouth, Mass., as a reminder of his roots.

Peter joined the Forest Society after picking up a friend's copy of Forest Notes in the 1970s and has been a member ever since. With a career as an accountant, he had known for some time that he wanted to do something special for the Forest Society.  Upon reallocating his stock portfolio earlier in the year, the prospect of a sizeable capital gains tax catalyzed his decision to donate his valuable building lot in Mason to the Forest Society’s “Assets to Acres” program, so that the resulting charitable deduction could "take the pain out of the gain." Peter understood the Forest Society would sell the property without conservation restrictions, given its modest features and proximity to other residential lots. He was also happy to have the net sale proceeds allocated in keeping with the “Assets to Acres” program to support the acquisition of new lands and conservation easements, stewardship of existing holdings, and the Forest Society’s ongoing operations.

“Assets to Acres” was a win-win for him, Peter said, because he could receive a tax benefit and support the Forest Society at the same time.

‘I’m thrilled to know that I’ve been instrumental in helping to save some special spot in New Hampshire,” he said. Although Peter will never let go of his feelings for Mason, he looks forward to hearing how his gift will be used to conserve other lands in the State.

Can you transform a house into a forest? Yes! 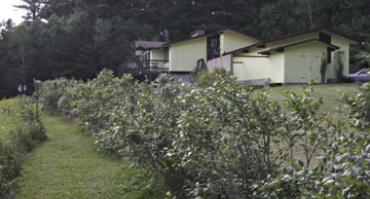 Ellen Kennelly donated this summer house in Dublin surrounded by 49 protected acres to the "Assets to Acres" program. Photo: Jeff Sluder
Mrs. Ellen Kennelly donated her land in Dublin to the Forest Society. The property included a summer home with a view of Mount Monadnock. She wanted the 49 acres surrounding the house to be permanently protected, so the Forest Society agreed to retain those acres as the Kennelly Forest, now one of the organization's many tracts on and around Mount Monadnock.

As she pondered the future of the house and a few acres around it, Mrs. Kennelly realized that she had an opportunity to do even more for conservation. She decided to include the house in her donation and to allow the Forest Society to sell it. She agreed that the proceeds from the sale would best be used to fund more land protection and stewardship of the Society's lands and conservation easements.

With the help of a local real estate firm, the property was quickly sold in the late fall of 2007. The new owners, old family friends of Mrs. Kennelly, were delighted to take ownership of this house and its gardens.

One half of the net proceeds from the sale were dedicated to the Forest Society’s Land Action Fund, which is used to protect land in many parts of the state. The remaining net income was deposited into the Conservation Easement Stewardship and Reservation Stewardship Funds to ensure that the Society's lands and easements on Mt. Monadnock will always be well cared for.

Mrs. Kennelly’s house was “converted” into hundreds of acres of well managed and permanently protected lands. And the house is still there, under the care of new owners who can look out their windows and see the fruits of the Forest Society’s work, every day.