Thomas Atkinson Howe was born January 20, 1957, in New Haven, CT to Arthur Howe Jr. and Margaret Howe, the youngest of four siblings. Tom’s early, gritty encounters with the natural world often left his parents wondering of his whereabouts. Tom’s ever adventurous spirit quickly led him to fishing, a Howe family legacy and lifetime passion shared with many. 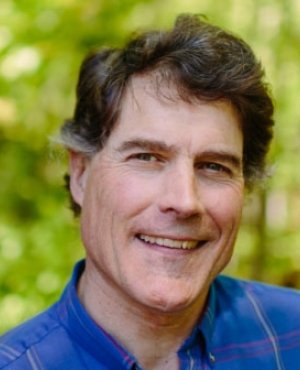 (Photo: Emily Lord)
Tom attended the Hotchkiss School, Middlebury College, and the University of Michigan Graduate School of Urban Planning. With strong family ties to Squam Lake in New Hampshire, Tom returned after school and worked for 10 years at the Lakes Region Conservation Trust as their first Executive Director. He then moved to the Society for the Protection of New Hampshire Forests where he worked for 24 years, most recently as Senior Director of Land Conservation. His colleagues remember him for training and mentoring many young land conservationists throughout the state and across the country.

Tom delighted in conserving trails, trout streams, mountain sides, urban farms, and rich habitat throughout the state to sustain its people. Tom was a founding and active member of the Gilmanton Land Trust and the Belknap Range Conservation Coalition. There are few places in New Hampshire where one can travel without passing a property he helped protect or a landowner he befriended.

Tom doggedly pursued his passions for fishing and hunting, gaining him an adoring, widespread congregation of friends who appreciated and learned from his skills and intuition in the outdoors. In the arts of sight fishing for stripers, tying flies, and studying the ways of water, Tom was a master craftsman and humble teacher. His many outdoor adventures live on in infamy, and no one could laugh more uproariously than Tom at his own escapades. Tom was also a devoted member of the Con Tutti Chorus in Portsmouth, a transformative, joyful experience for him.

Back in Gilmanton, Tom took great pleasure in sharpening old ancestral tools, fashioning a fish and game smoker from a junkyard refrigerator, and hewing an elegant 14-foot spruce pole for the saltwater flats.

His needs were simple. He had a huge heart, a gentle kindness, and an attentiveness to all those who crossed his path. His greatest passion was for his family. Tom lived fully, selflessly, compassionately, and inquisitively, and he was admired by nearly everyone he met.

Tom died in an accident on January 26, 2021. He leaves his wife, Sarah Thorne of Gilmanton; his two children, Phoebe of Holderness and Peter of Bethel, Maine; brothers Sam of Holderness and Arthur of South Portland, Maine; and sister, Margie Emmons of Yarmouth, Maine.

Services are planned for later in the year. Donations in Tom’s memory may be made to the Society for the Protection of New Hampshire Forests, 54 Portsmouth St., Concord NH 03301.