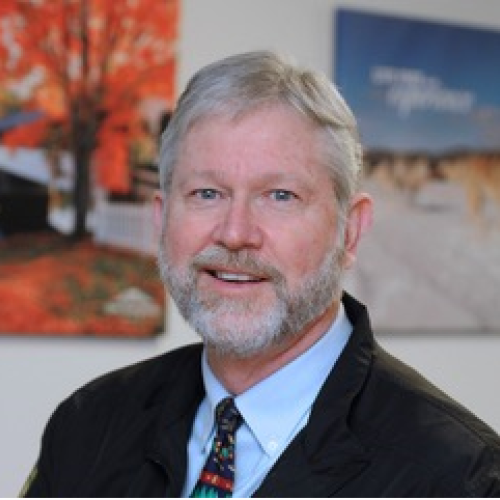 Phil Bryce served as Director of the State’s Division of Parks and Recreation from 2011 through August 2022 before his retirement. In that role, he oversaw 93 state parks and historic sites,10,000 miles of motorized trails, administration of the Land and Water Conservation Fund Program (LWCF), 1100 employees, 150 volunteer clubs, 9 boards and commissions, a $35 million operating budget, and a $5 million biennial capital budget.

Bryce served as president of Fountains America from 2008-2011.  As president he was responsible for planning, leading, developing and managing the three business units (forestry, real estate and spatial).

Prior to joining Fountains, Mr. Bryce served as NH State Forester for over 11 years with responsibility for administering all matters pertaining to forestry and forestlands within the jurisdiction of the state. This included the acquisition and management of state-owned forests and conservation easements, monitoring and protection of forests from insects and disease, enforcement of  timber harvesting and  tax  laws, prevention and control of woodland fires, state forest nursery operations, the Natural Heritage Inventory program, statewide forest resource planning and data collection, urban and community forestry programs, delivery of natural resource education and technical assistance, stewardship of private forest lands, and forest based economic development. The position required close collaboration with a wide range of state and federal agencies, communities and natural resource organizations.

Among membership on many boards and committees Bryce served on the Governor’s COVID-19 Economic Re-Opening Task Force, and has chaired the Forester Licensing Board, Current Use Taxation Board, NH Forest Legacy Committee, NE Forest Fire Protection Compact, and Northeastern Association of State Foresters. He currently serves on the National Committee on Forest Policy for the Society of American Foresters.  He has been a member of the Society of American Foresters (SAF) since 1979 and has chaired the NH Division and New England Society as well as serving on the SAF national committee on accreditation of forestry schools. He served on the State of New Hampshire Economic Development Advisory Council and also on the Small Business Advisory Council for U.S. Senator Jeanne Shaheen. He chaired the committee redrafting the State’s recommended voluntary forest management standards. Bryce is a Licensed Professional Forester in New Hampshire and Maine, a SAF Certified Forester and a Certified Logger.

Bryce was awarded the Caroline Gross Fellowship for Public Service to attend the Senior Executives in State and Local Government Program at the Kennedy School of Government.  He also has received the Distinguished Service Award from the NE Society of American Foresters and been recognized for his service to the New Hampshire Timberland Owners Association, the Granite State Division of the SAF, and the New England SAF.  While at James River Paper Co. in Berlin, he received the Bronze Key Award for Forest Management Leadership and Silver Key Award for Environmental Achievement for work on the creation of the Umbagog National Wildlife Refuge.

He currently serves as town moderator (running Town meeting and elections), is on the zoning board, and is president of a local conservation group.