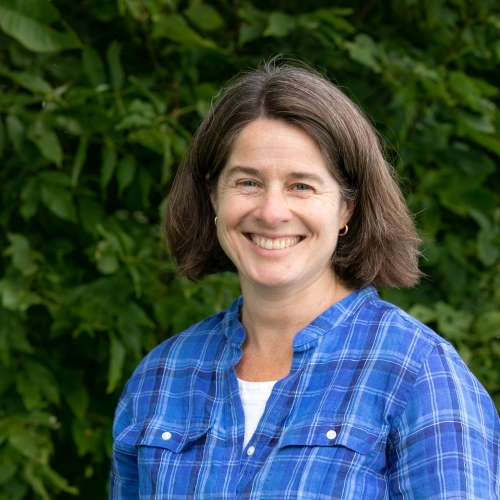 Anne serves as Vice President for Development, overseeing all of the Forest Society’s fundraising activities. Anne brings a range of experience in community-based fundraising, public and private finance, organizational management, and conservation program implementation. Anne returned to the Forest Society in August 2019 after two years as an independent consultant and nine years with the National Wildlife Refuge Association, where she served as Vice President for Strategic Programs and Development, Vice President of Conservation Programs, and ultimately Chief Operating Officer. She served as the Forest Society’s Director of Development from 2004-2008, and prior to that worked with the Trust for Public Land’s New England Regional Office from 1997-2004. She also had a starter career in East European democratic development with the Soros Foundation’s Open Society Institute and the Center for Strategic and International Studies from 1991-1996.

Anne holds a BA in History from Middlebury College and a certificate in Executive Nonprofit Leadership from Duke University. She lives in Antrim along with her dog Daisy.