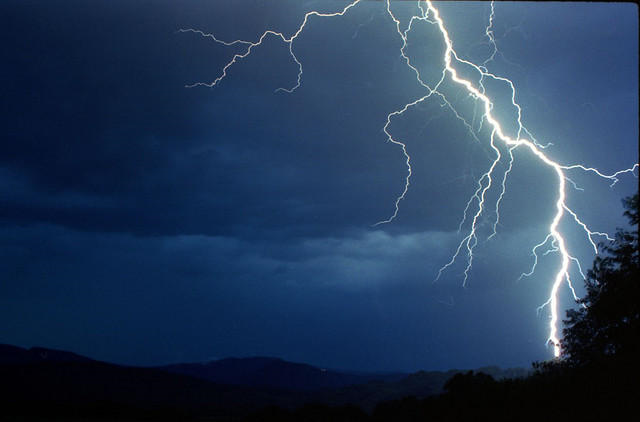 Today’s Something Wild topic is thunderstorms. Summer in NH brings those triple H days – hazy, hot, and humid! On days like those there’s nothing more welcome than the arrival of a late-afternoon thunderstorm, leaving in its wake cool, refreshing air, scrubbed clean of haze and pollution.

What Is A Thunderstorm? 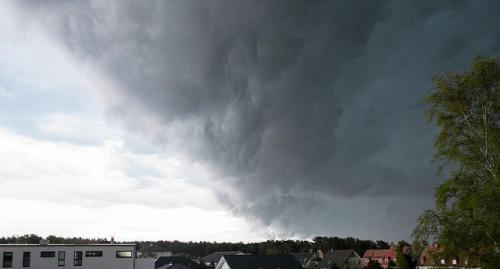 There are three main ingredients that go into a good thunderstorm: unstable air, moisture and lift.

So summer is the time and New England the location when humid tropical air from the south often bumps into much cooler and drier air from Canada. Wherever two air masses meet, you’ll find unstable air. When the warm and cold air masses collide, the denser cold air wedges itself underneath the warm air and lifts it up (and with it all the humidity that makes us feel so miserable).

As the humidity (or moisture) rises through the atmosphere it cools – about five-degrees for every 1,000 feet of altitude – the water vapor soon condenses and forms cumulonimbus clouds. From the Latin “cumulo” meaning heap or pile, and “nimbus” which means dark cloud. The rising humidity continues to condense and eventually forms water droplets that are too heavy to be lifted further by rising air currents. So they fall as rain. 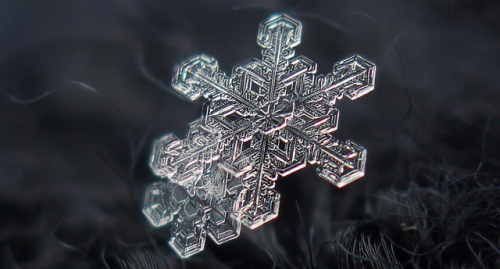 But sometimes those cumulonimbus keep rising and run into temperatures below freezing. Water in cumulonimbus clouds often moves around as super-cooled liquid or in a frozen state. Most rain in thunderstorms starts out as snow, even on the warmest summer days. And sometimes it is still frozen when it gets to the ground. Hail develops when frozen droplets go round and round in storm clouds, accumulating mass until it is too heavy to stay in the air. Then it falls to the ground.

But it’s not a thunderstorm without the flash of lightning; and that flash comes from friction. The friction between tiny ice and water particles rubbing together generates static electricity, much like rubbing your socks back and forth on a carpet. The smallest particles are lifted to the top of the storm cloud and pick up a positive charge. Falling rain and hail in the cloud strips rising water droplets of their electrons, accumulating a negative charge at the bottom of the cloud. and this draws positive charges into tall objects on the ground like boat masts, pine trees, and sooner or later the accumulating difference results in that flash!

This gif illustrates how lightning actually seeks out different routes to the ground before committing to a single point.

Meteorologists estimate that lighting strikes the earth 100 times a second!

Calm After the Storm

The heat and humidity just build and build on those hot days until it’s hard to breathe and most of us don’t even want to move. Then, just when you can’t take any more, the sky explodes! When the storm passes, the sun comes shining through cool, dry, rejuvenating air. Sometimes after the storm you can actually see the individual trees on a ridge that was completely hidden by hazy air before the storm. Enjoy nature’s light shows this summer.