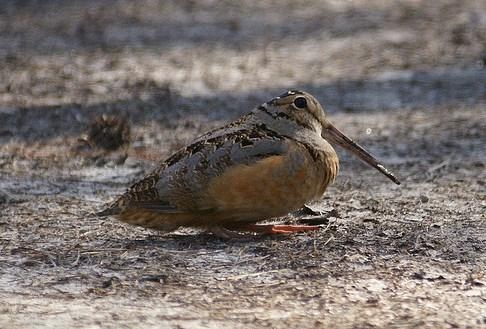 The courtship display of male woodcock peaks in April.

One of the cherished seasonal rituals I shared with my children when they were growing up was stalking woodcocks during their spring courtship display. I guess I was sort of emulating a hero of mine named Aldo Leopold.

At twilight on April evenings, the woodcocks perform what naturalist Aldo Leopold described as "The Sky Dance" in an essay of the same title from his book A Sand Country Almanac, it's a sort of Bible for conservationists. 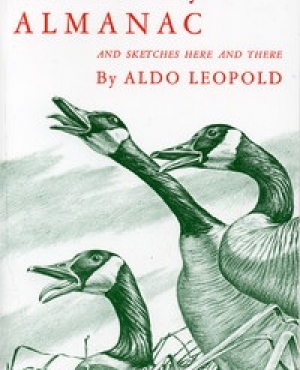 "A Sand County Almanac" by Aldo Leopold is considered a classic by naturalists.

"I owned my farm for two years before learning that the sky dance is to be seen over my woods every evening in April and May. Since we discovered it, my family and I have been reluctant to miss even a single performance…. The show begins on the first warm evening in April at exactly 6:50 p.m...  Do not be late, and sit quietly, lest he fly away in a huff."

Here in NH, the sky dance courtship display begins in March and continues to June at both dusk and dawn when the male announces his availability to females. Following Aldo's instructions, we would listen for the call after dinner and scurry outside in the falling light….  Aldo recommends sitting east of the dance floor so you can watch against the sunset sky in the west for the arrival of the dancer and see his aerial overhead courtship display designed to draw an audience - not of humans - but of appreciative woodcock hens.

"Suddenly the peenting ceases and the bird flutters skyward in a series of wide spirals, emitting a musical twitter. Up and up he goes, the spirals steeper and smaller, the twittering louder and louder… until the performer is only a speck in the sky."

We would whisper "Go!" and then scurry and freeze as the woodcock crested the apex of his rise far above the woods and pastures of our farm on a back dirt road in South Sutton. In my mind, this ritual experience was designed to create an indelible childhood memory for my kids. A chance to watch something so intrinsic and local to our fields each spring.  I thought perhaps they might one day return with grandchildren who are as yet unborn to these fields, to our farm and take them out to hear the woodcock and perhaps tell them another story of childhood with Dad - me, the protagonist leading my impressionable and willing kids into the cold damp fields in April to witness another small natural miracle.

"… Then, without warning, he tumbles like a crippled plane, giving voice in a soft liquid warble that a March bluebird might envy."

"… At a few feet from the ground he levels off and returns to his peenting ground, usually to the exact spot where the performance began, and there resumes his peenting."

Now that my kids are either away at college or have graduated and fledged from the April fields of our farm, I step out onto the porch alone and peer into the gathering twilight. The first "peent" of displaying woodcock brings back precious memories of not-so-long ago. Those of you with children at home might want to take my advice to "seize the day" and go find some mudpies, magic or mischief of your own in your local neighborhood before its too late. Take your children outdoors into nature before they too become fledglings themselves, leaving natal nest(s) and parents behind. 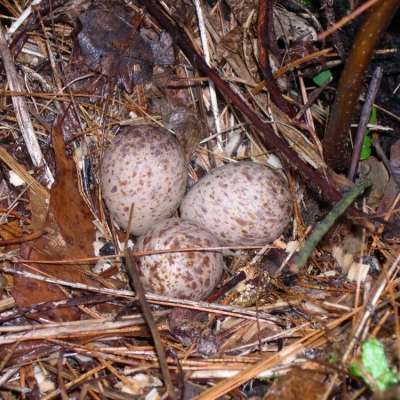 I might send the kids a Facebook message later - "inbox them" - as they say to tell them that the woodcock is back "home."  I wish they were home too to watch him dance in the sky above me as I lean against a sturdy old maple tree growing along our dirt road.  Aldo Leopold finishes his short "Sky Dance" essay even before I am done reminiscing:

"The drama of the sky dance is enacted nightly on hundreds of farms, the owners of which sigh for entertainment, but harbor the Illusion that it is to be sought in theaters. They live on the land, but not by the land."