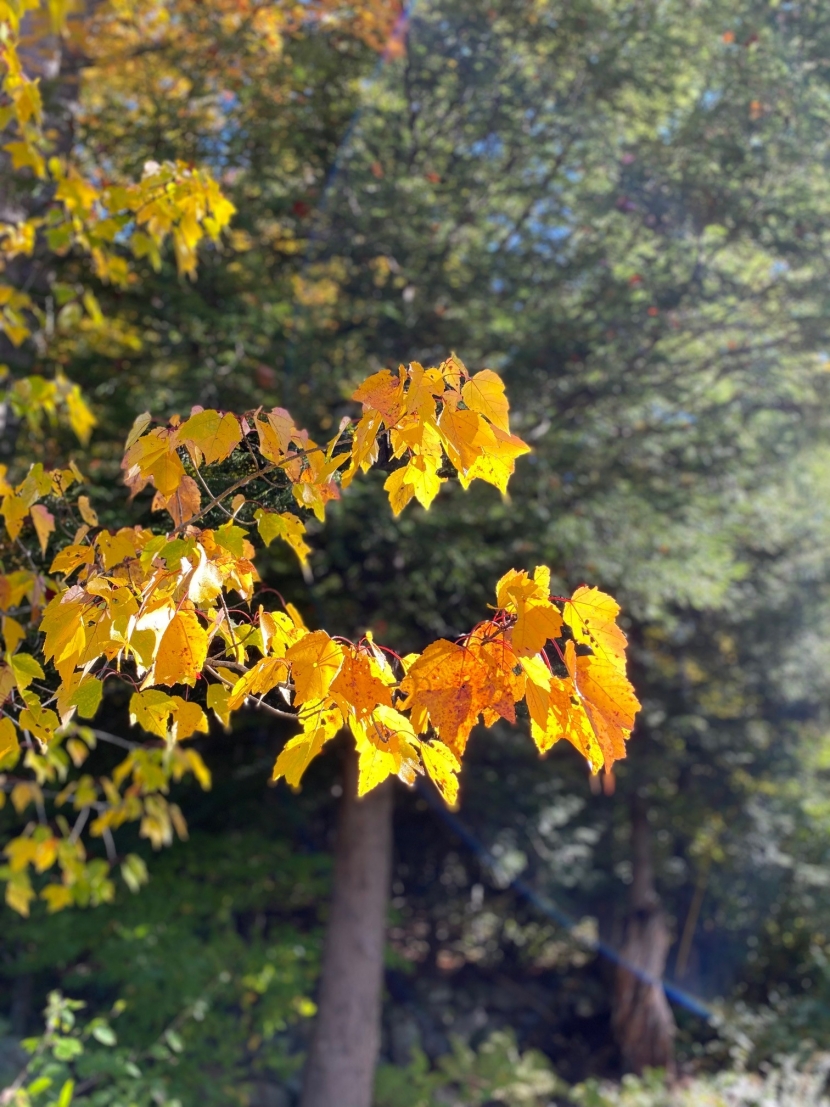 Spectacular colors of autumn after a rainy summer season.

"Something Wild" is joint production of NH Audubon, The Society for the Protection of New Hampshire Forests & NHPR. We recommend listening to it in its original format via NHPR but a transcript of the show is also below. (Originally aired October 8, 2021)

We take for granted the colorful foliage every year in N.H. But some 30,000 acres of oak forest were defoliated this summer by the re-emergence of lymantria, an invasive species. How will this affect our color this fall?

New Hampshire’s abundantly forested landscape ensures that we enjoy colorful foliage every fall. But you may have heard about trees being defoliated this summer in the Conway area, due to a resurgence of the invasive insect that used to be known as the gypsy moth. Overall this year, some 30,000 acres of oak forest were defoliated by the voracious pests.

Kyle Lombard, forest entomologist with the N.H. Division of Forests and Lands, says the Entomological Society of America recently announced they’re looking for a less offensive name, as “gypsy moth” is disrespectful to the Romani people. “Until they come up with a new common name, hopefully in 2022, we are going with the insect's scientific name, ‘lymantria dispar.’’’ 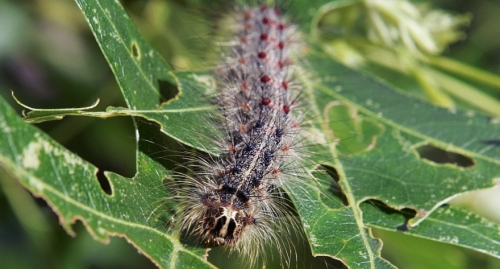 In Latin, “lymantria” means destroyer and "dispar” is a word for difference, and describes the difference between the male and the female morphology of the moth.

It’s the caterpillars, the moth larvae, that do the damage. The caterpillars spend most of their time consuming leaves. So much so, that you cannot ignore that it is basically raining poop - the technical term is “frass.”

“So that's where our phones were ringing off the hook,” says Lombard.

Lymantria was introduced to the U.S. back in 1880 near Boston, and it’s been in New Hampshire since the early 1900s. “We’ve had pretty big outbreaks all the way through the 90s to the tune of 500,000 acres a year being defoliated,” says Lombard. The Forest Society’s Dave Anderson recalls extensive outbreaks in 1981 and most recently in 1991.

Of the invasive insect, Lombard says: “We can't really consider it native, but we do consider it naturalized. We'll range from five acres to several hundred acres [defoliated] every year.”

It’s been under control thanks in part to the fungus Entomophaga maimaiga, which was introduced as a biocontrol in the early 1900s. The Entomophaga fungus finally built its population enough, by the 1980s and 1990s, that it was effective in keeping lymantria in check.

The reason for lymantria’s resurgence is not due to the unusual weather we experienced this summer, which featured near-drought conditions and then record rain. “I think the answer probably lies in last year's weather," says Lombard. "That super hot, dry year we had was not a good year for a fungus; a typical fungus needs moist, normal weather to be really effective.”

In the Conway and North Conway area this summer, Lombard noted “complete defoliation of all the oaks, certainly below 500 foot elevation, and that's really where the oak is in that whole valley.” Although the oaks were denuded this summer by the lymantria caterpillar, Lombard says “oak is famous for being able to put out a second set of leaves....Hardwood trees are very good at taking that defoliation and moving on from year to year. They store a lot of energy in their roots in the form of starch, and they can pull that carbohydrate out as they need it.”

What does Lombard predict for lymantria populations and the prospects for defoliation again next year?

“We had a ton of rainfall starting mid-summer on. And we're hopeful, fingers crossed, that the Entomophaga maimaiga caught back up and that a lot of egg masses weren't produced this year. It's a bit of a guessing game, but eventually we will be back to normal.” 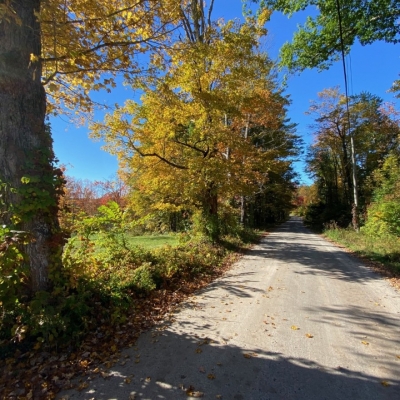 A New Hampshire back road in autumn. Photo Dave Anderson

And what about the colorful autumn foliage this year?

Oak isn’t as ever showy as maple and birch, the more colorful fall foliage species.

"It's those brilliant reds and oranges of the maples that pay the bills in the fall."

Listen to the audio at NHPR here