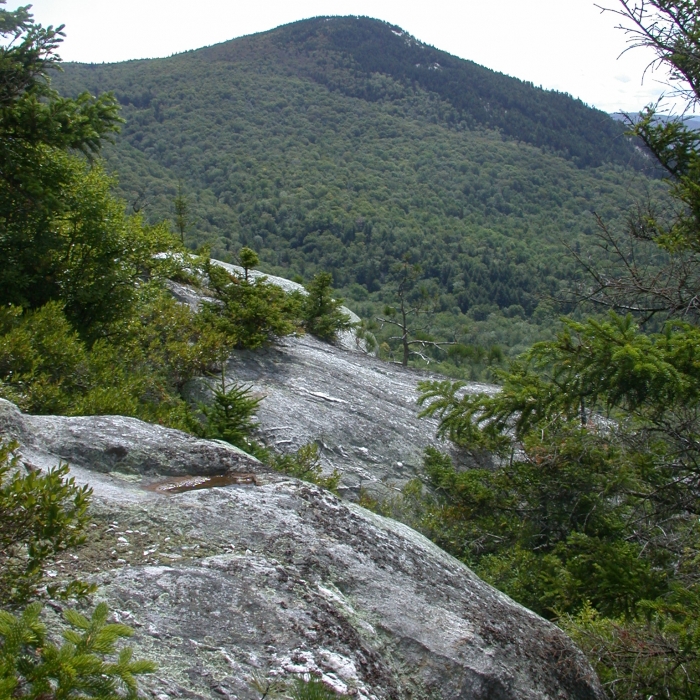 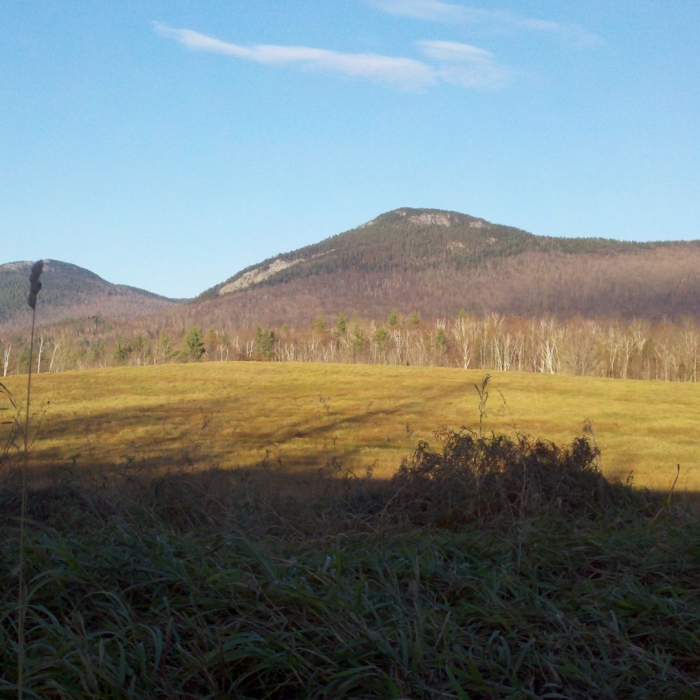 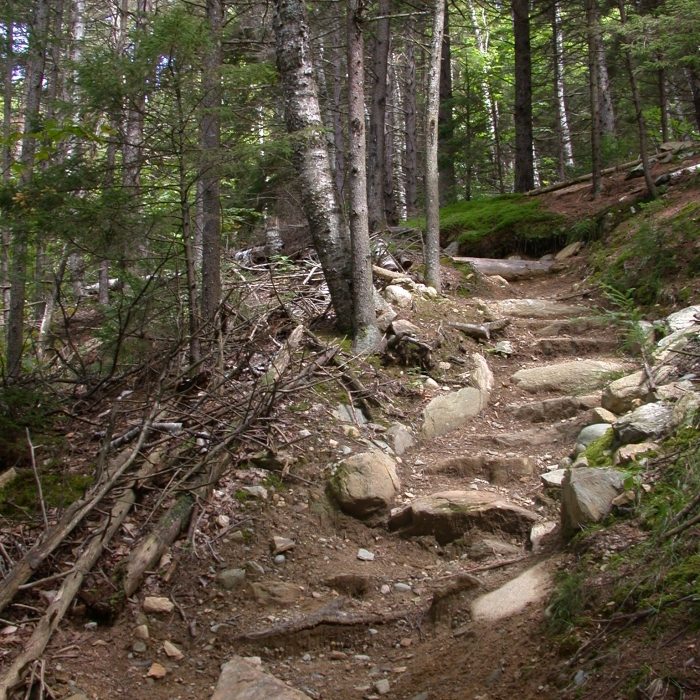 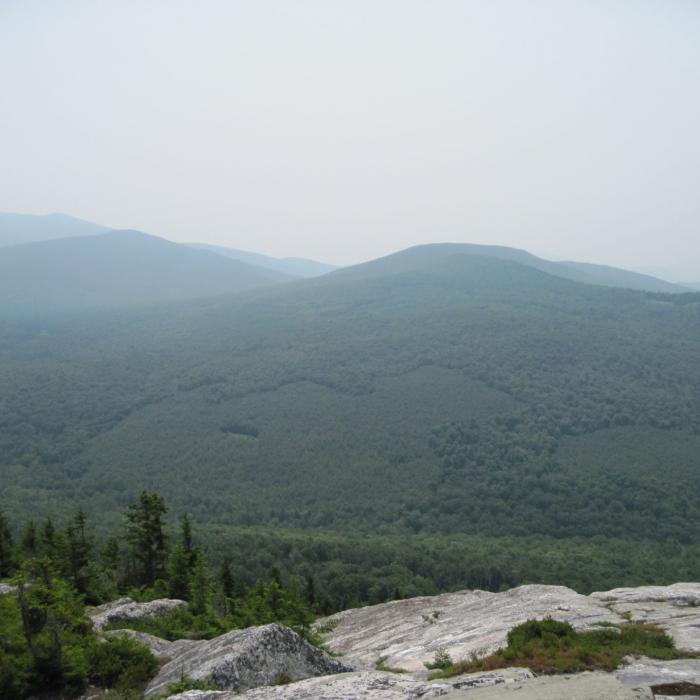 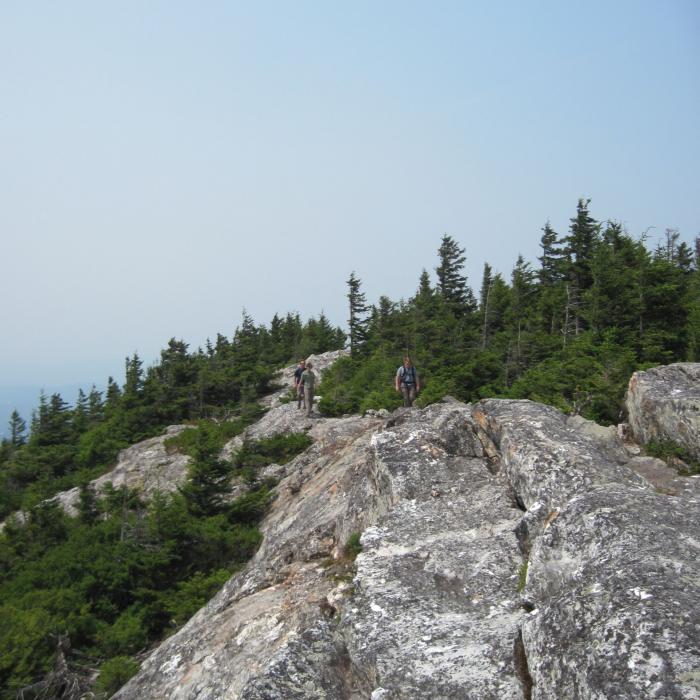 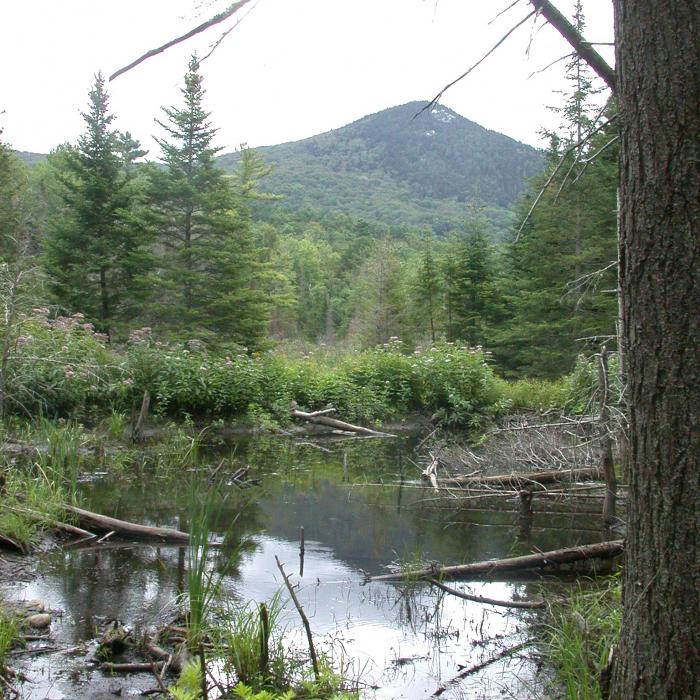 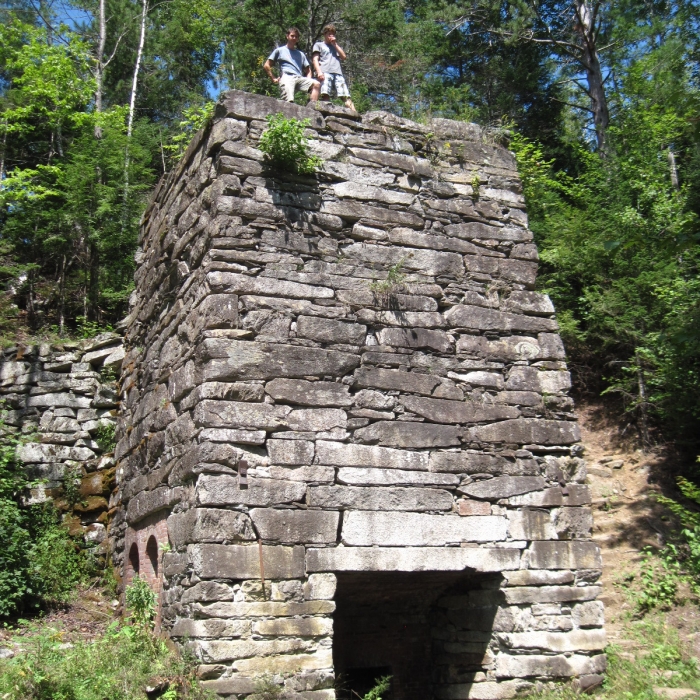 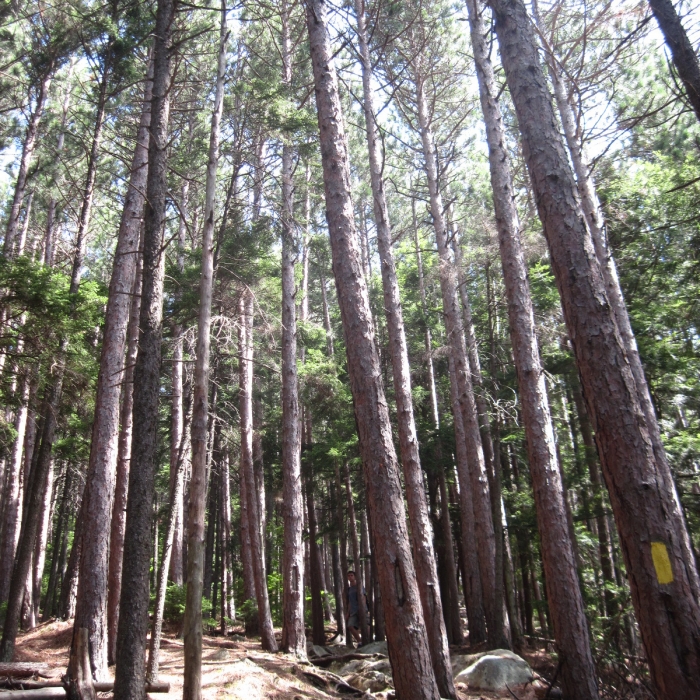 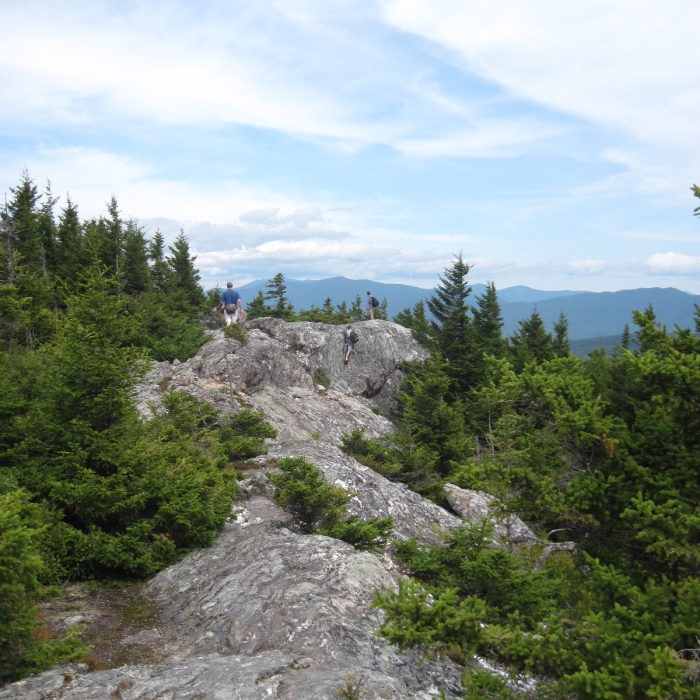 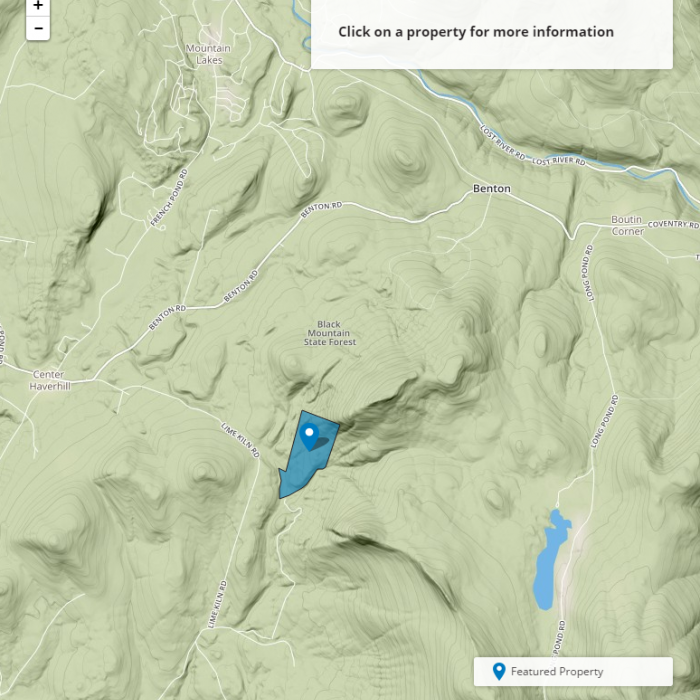 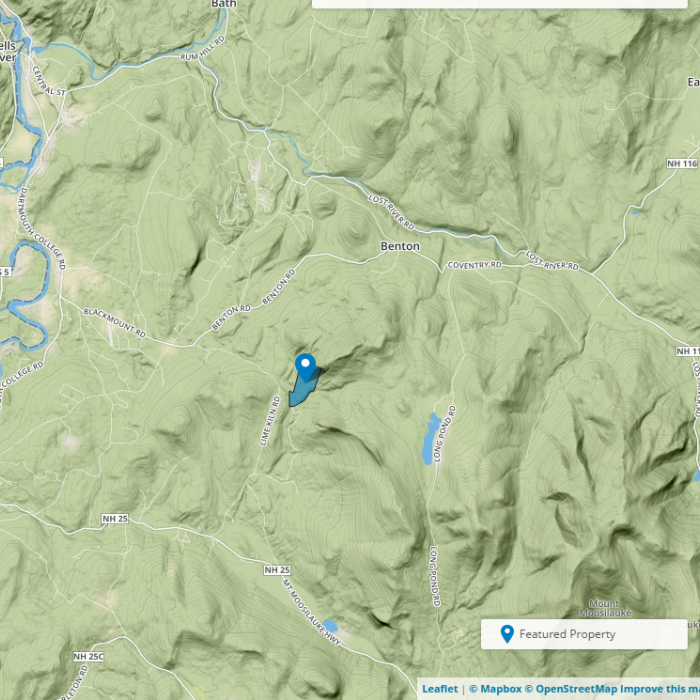 The Kingsbury Timber - Chippewa Trail Lot abuts both the White Mountain National Forest and Black Mountain State Forest. It has extensive frontage on the North Branch Oliverian Brook and contains several other smaller seasonal streams. The property’s forest is largely comprised of red and white pine with lesser areas of spruce, fir, white birch and sugar maple. The property contains large areas of raspberries and an old apple orchard that offer great soft mast for wildlife. Forest Society staff have observed signs of bear, moose, turkey and deer. It’s hard not to fall in love with this tract, which is easily accessible yet remote, contains excellent wildlife habitat and great recreational opportunities, and provides some of the best views around.

The Chippewa trail offers a hike that varies in intensity: the beginning is mild, but it quickly becomes an invigorating uphill quest for the summit. Surrounding the trail are small vernal pools, and running down the center of the trail is a slight stream laden with stepping stones that make it easy for hikers to stay dry. As you get closer to the top, the ground gives way to smooth granite streaked with quartz. Nearing the top, the trail veers slightly apart from the trees, providing an unobstructed view of the skyline and hills. The views are beautiful all year round but are particularly breathtaking in autumn when the trees are alight with color.

The Chippewa Trail is 1.9 miles to the summit of Black Mountain. Maintained by the White Mountain National Forest, the trail is accessed via a deeded right-of-way off Lime Kiln Road about 3.2 miles north of NH Route 25. The Trail crosses the Forest Society’s Kingsbury Timber - Chippewa Trail Lot, which does not have road frontage. From the trailhead on Lime Kiln Road, the trail starts downhill into a small valley. About 300 yards into the trail, using a beaver dam for a bridge, you’ll cross a creek, and the easy part is over as the trail begins to gain elevation. 500 yards into the hike you’ll come upon a woods road. Go right on this flat section of woods road for 50 yards, and then left where the trail heads uphill (Follow signs that say “trail”). If you continue for another couple hundred yards, you will see the Kingsbury Chippewa sign. The trail continues uphill to the summit of Black Mountain. 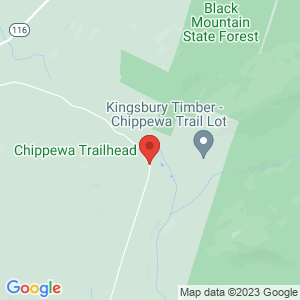 Cellar holes surrounded by apple orchards suggest that a portion of this land was used for agriculture and a residence at one time. At the foot of Black Mountain are the remains of old-time limestone quarries and kilns. The first kiln here was built in 1838; the second was built in 1842 with the help of John Page, governor of New Hampshire and a Haverhill resident. The Haverhill Lime Company was active in this area from 1864-1876. This area was logged with a new steam sawmill in 1890 and again from 1907-19. It was then sold to the state in 1920 to become part of the Black Mountain State Forest. During the 1920s it was rented as pastureland to a neighboring farmer. During the Depression of the 1930s, the Federal Government built a camp here for unemployed transients. One of the transients, a skilled stonemason, was given charge of a crew to build decorative stonework around the walls of the old quarry, along with steps, walks and a waterfall. The transient camp, called “Camp Chippewa,” lasted until about 1937, after which the government converted it to a home for teenaged girls from poor families. When the girls’ camp closed a year later, the government brought in the Citizen’s Conservation Corps, made up of young men who worked on conservation and construction projects for about two years. The property was sold in 1948 into private ownership as a family campground, then sold again in 1962 as a youth hostel. The land eventually came under the ownership of the Trust for New Hampshire Lands, which sold it in 1991 to the J.M. Kaplan Fund, a charitable granting foundation out of New York, subject to a conservation easement with the Forest Society. The J.M. Kaplan Fund is the overall controller for Kingsbury Timber Corporation.

In June of 2001 the Kingsbury Timber Corporation donated the Kingsbury Chippewa Forest, along with nine other tracts, to the Forest Society. 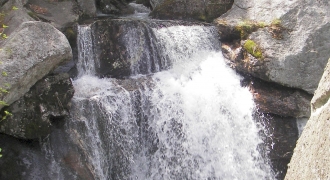 Located in the White Mountains town of North Woodstock, Lost River Reservation is set high in Kinsman Notch, one of the area’s most famous passes. 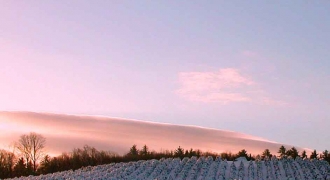 ALERT: The Rocks' trails are CLOSED to the public due to construction work at the Carriage Barn, except for special events and programs. The Christmas Tree Farm opens November 19 and then will be open daily November 25- December 18.