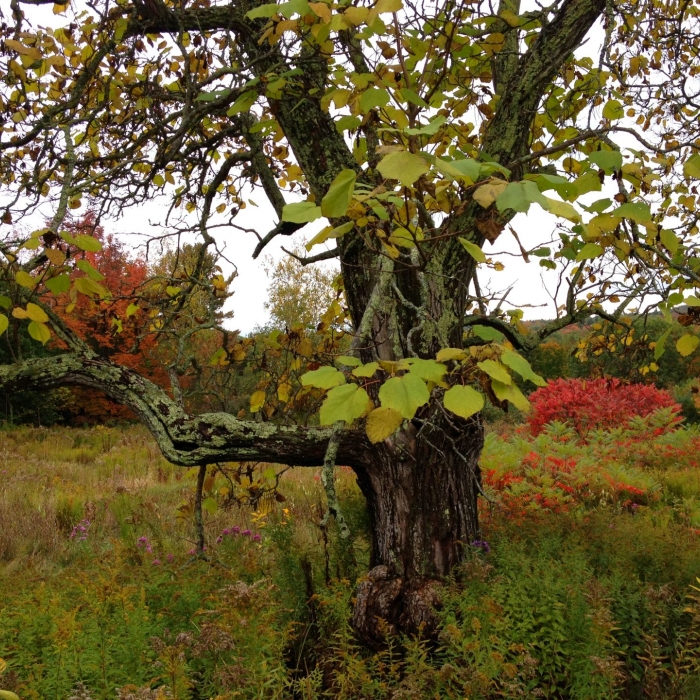 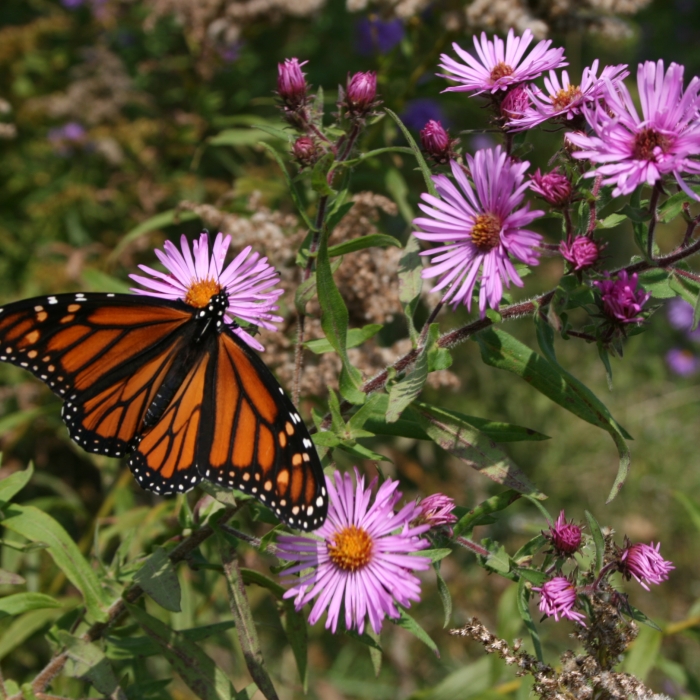 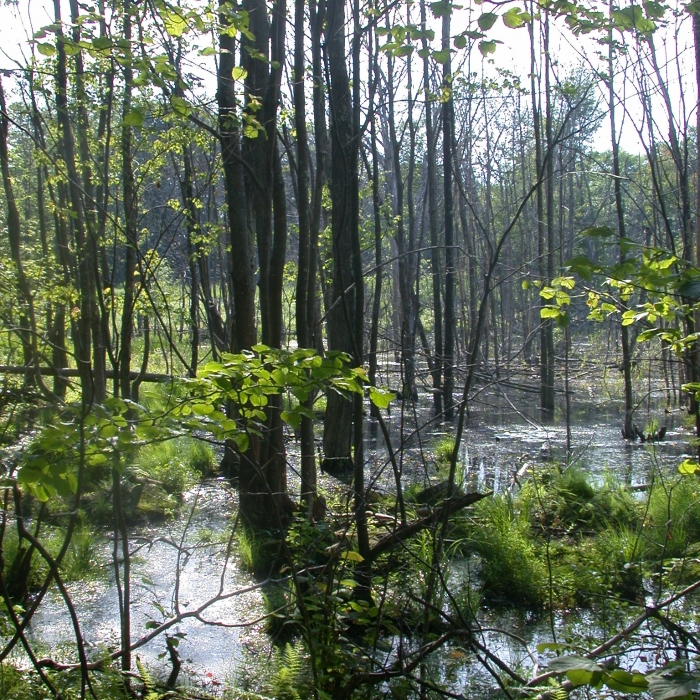 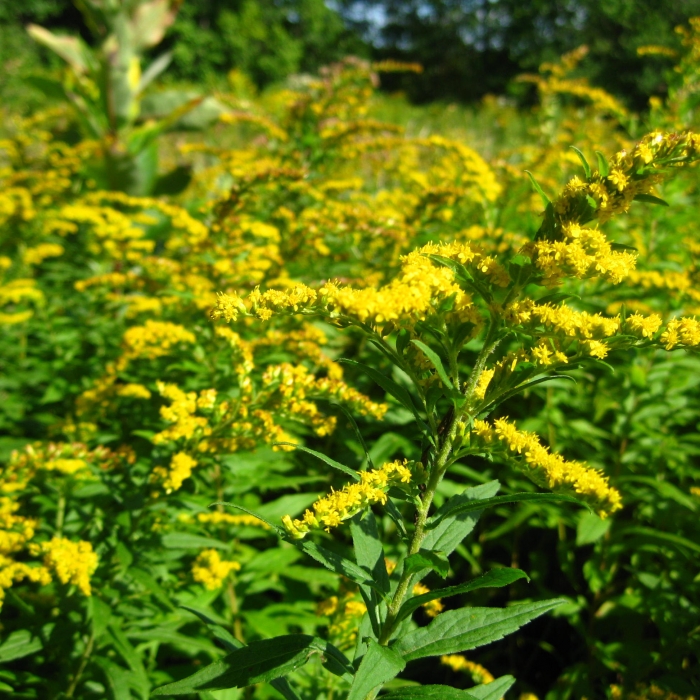 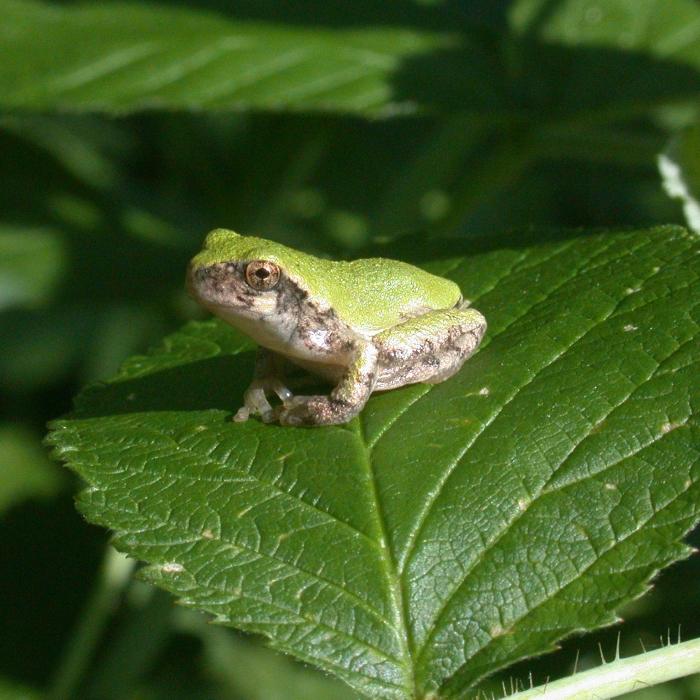 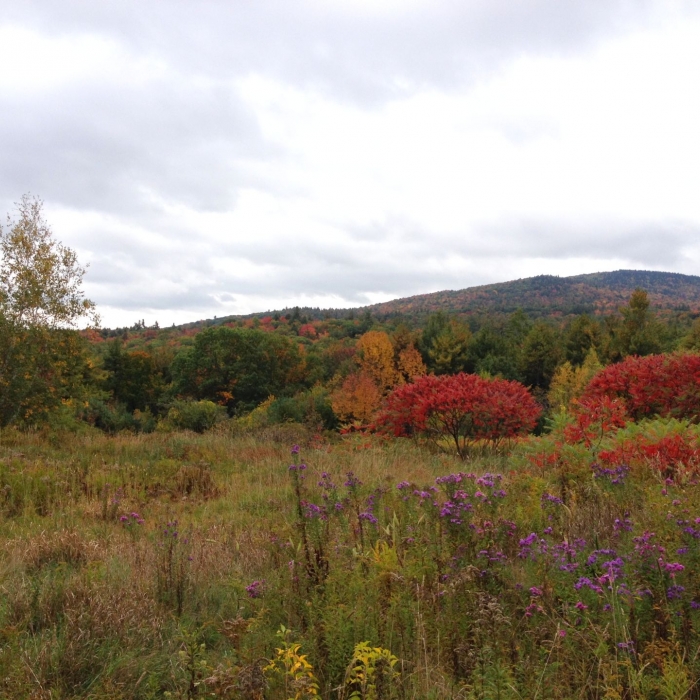 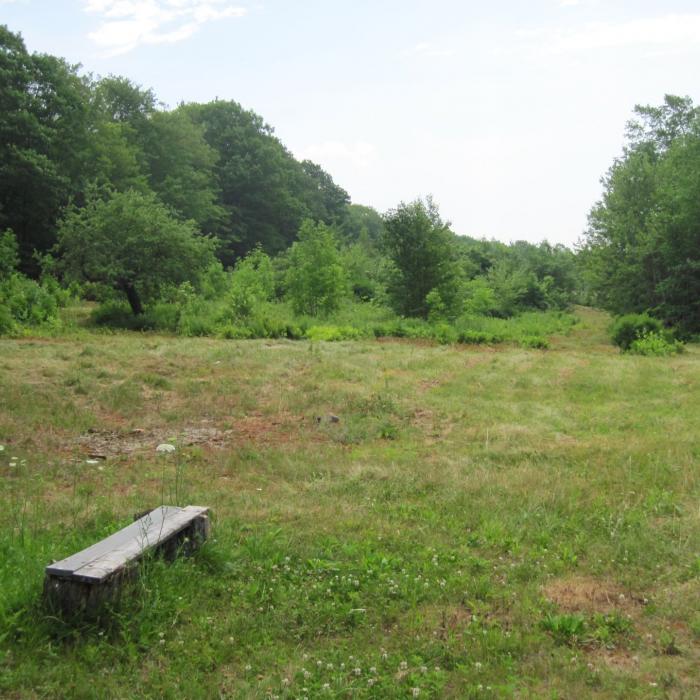 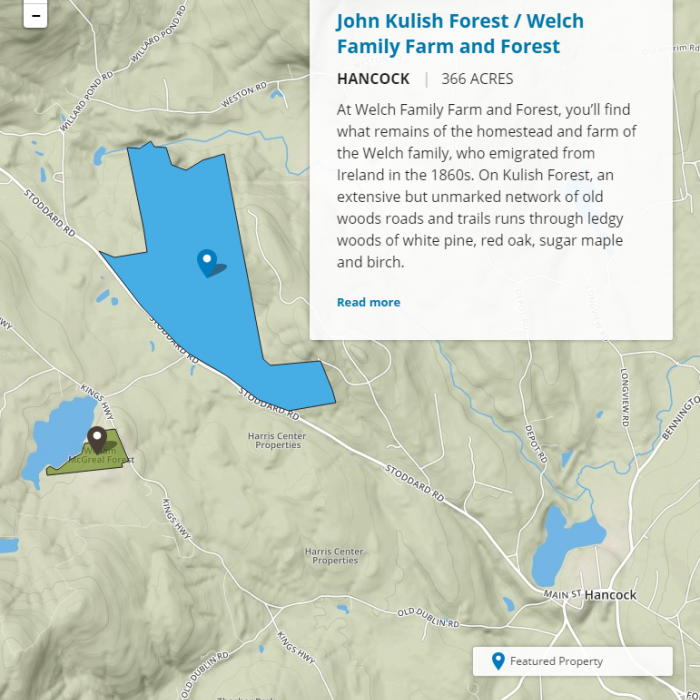 At Welch Family Farm and Forest, you’ll find what remains of the homestead and farm of the Welch family, who emigrated from Ireland in the 1860s.  The Welches pastured cattle and raised vegetables and fruit trees in the fields. Nearby is the foundation where the farmhouse once stood. You’ll also find a large beaver pond, which in recent years has flooded the main trail connecting Welch Forest to Kulish Forest.  On Kulish Forest, an extensive but unmarked network of old woods roads and trails runs through ledgy woods of white pine, red oak, sugar maple and birch. Kulish Forest contains excellent habitat for bobcats, so look for their tracks if you are out snowshoeing in winter months.

Hiking at Welch and Kulish Forests is significantly limited because of beaver flooding that has rendered the main trail impassible. You can, however, enjoy the meadows and orchard at Welch Farm for a picnic or some wildlife watching. If you access Kulish Forest from Clark Farm Road, there are about 2 miles of moderatly strenuous trails to explore.  None of the trails on Kulish Forest are marked.

The Welch and Kulish Forests abut one another in Hancock and share access points. The properties are located about 2 miles northwest of the center of Hancock and about 15 miles east of downtown Keene.

Prior to acquisition by the Forest Society, the Welch Forest belonged to the Welch family, who inhabited the property since 1862. They homesteaded and farmed the land, then operated a summer boarding house on the property beginning in 1883. During the late 1800s and early 1900s, farms in New Hampshire began promoting themselves as places for people from the city to come during the summer to relax.  This effort was the state’s first major attempt to promote tourism.  The income derived from this practice allowed farms and homesteads to persist despite widespread migration westward. The Welches were early adopters of the summer boarding way of life.  By 1903, Hancock had no fewer than 13 boarding houses.  All were dependent on the local railroad station in Hancock to deliver their boarders.

The farm produced veal, pork, milk, eggs, poultry, vegetables, cream and butter for its tenants.  Up to 800 buckets and taps produced syrup from the maple trees on the property.

Welch Forest was acquired on January 27th, 2000 from Elizabeth Welch.  Ms. Welch gave the property, along with two additional parcels for resale, to the Forest Society. The town of Hancock holds the conservation easement on the property and the Harris Center holds an executory interest.

The Forest Society acquired Kulish Forest on February 24, 2006 from Robyn and Wanda Clough.  The purchase was made possible through funding from many partners, including the Harris Center, the town of Hancock, the Quabbin to Cardigan Initiative and the Monadnock Land Protection Funds. The town of Hancock holds the conservation easement on the property, and the Harris Center holds an executory interest. 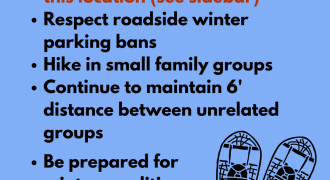 This is a great spot to see a great view that's just a short walk away from your car. The Forest Society hosted a timber sale on the property in 2007 when the views from the top were enhanced. This property is a fantastic place to enjoy an afternoon picnic or a quiet sunset.

Two miles of hiking trails wind through upland pine-oak-hemlock forests, fields, old orchards, and silver maple floodplain forest along the Contoocook River.  The terrain is relatively flat.  Because of the wide variety of habitats, wildlife observation opportunities are excellent at McCabe ...

*WINTER ACCESS: The parking at this property is not plowed during winter.* The access to Welch Family Farm and Forest is on the north side of Route 123 northwest of the center of Hancock, about 1000 feet south/east of the intersection with Hunts Pond Road. There is a property sign and tree farm sign for Welch Farm at this location. Please do not block the gate.