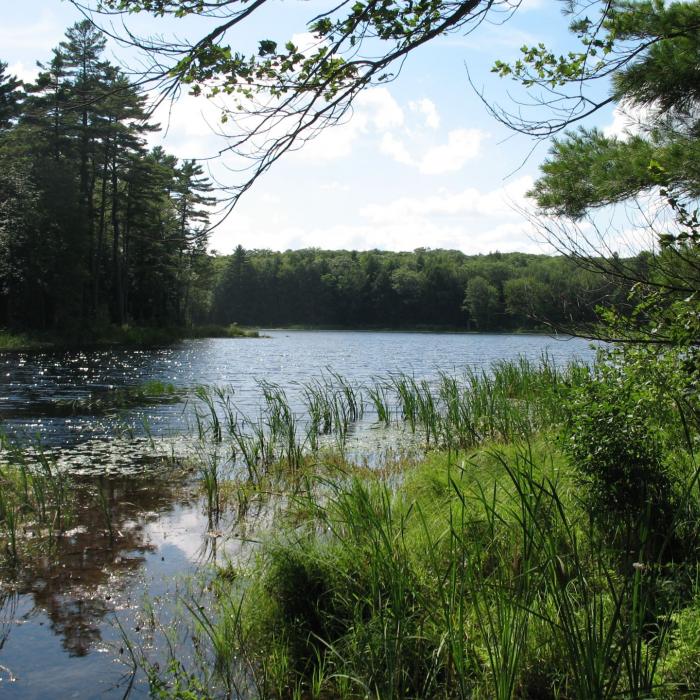 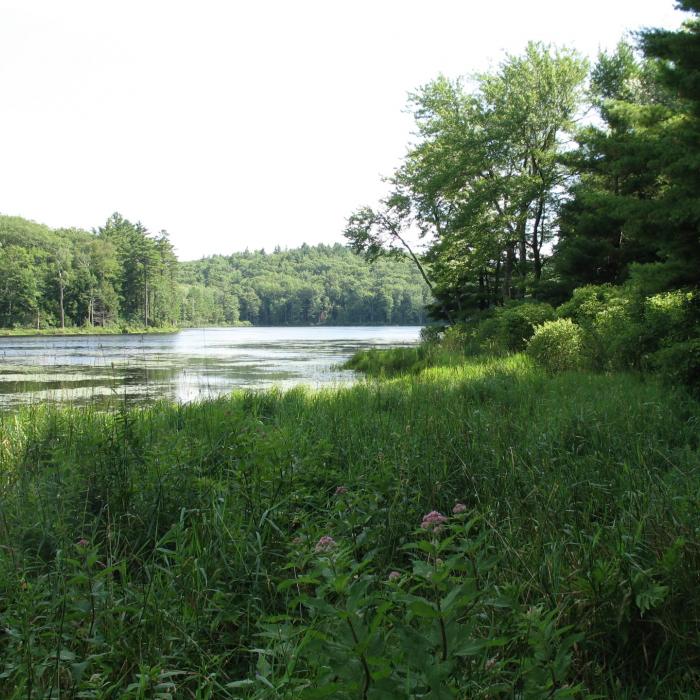 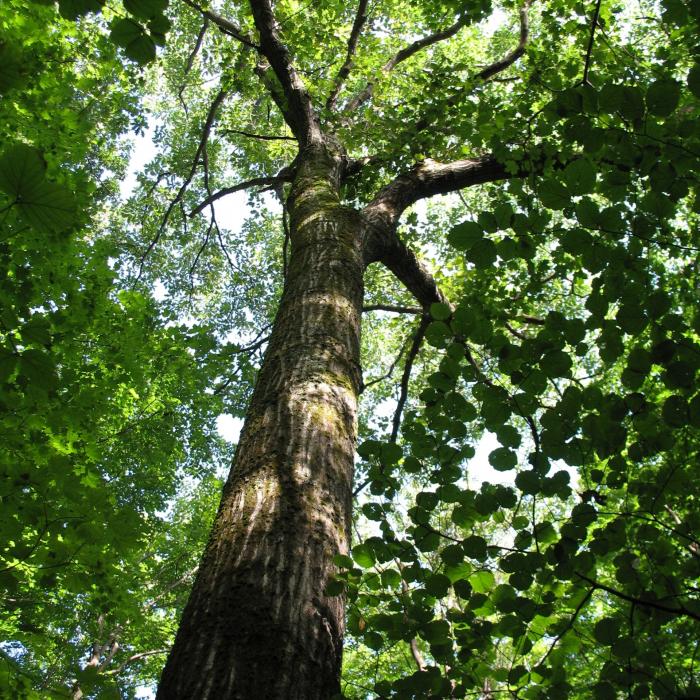 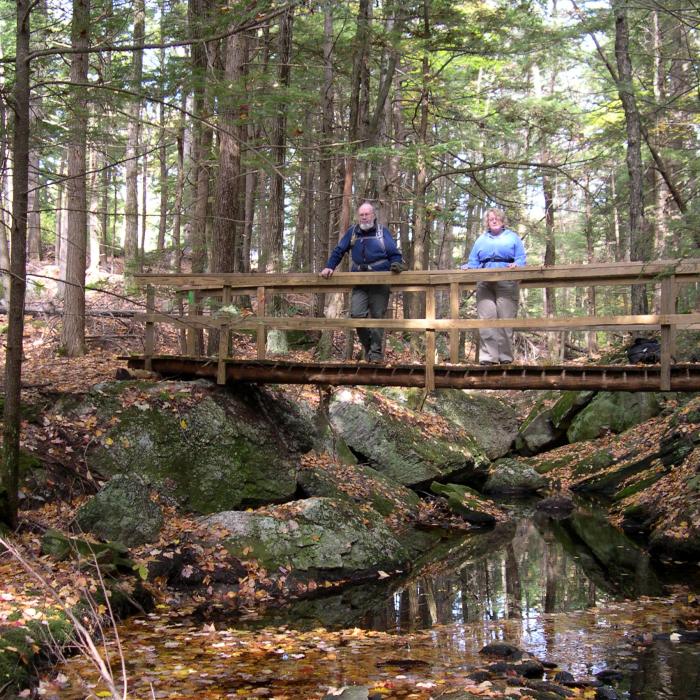 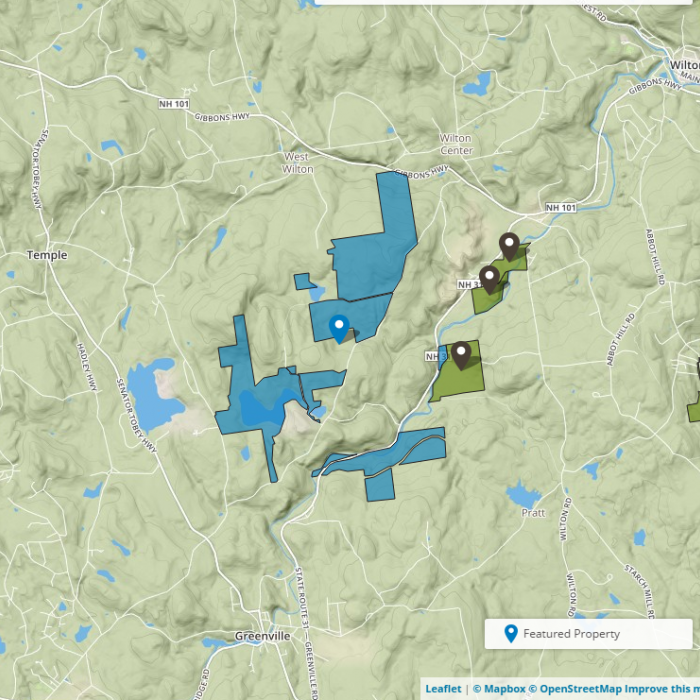 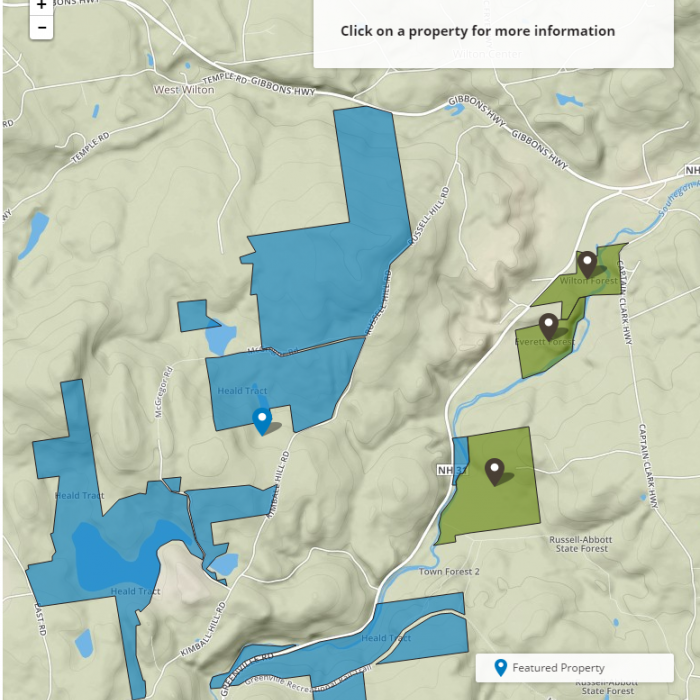 The Heald Tract was donated over a period of years by Phil Heald, his sister Helen Rader and his brother Ross Heald. Phil Heald and land steward Ray Jackson began in the 1980s to lay out trails on what was once a farm that comprised the Heald Apple Orchards, packing sheds, and a managed forest. Today it is estimated that there are at least five miles of trails on the tract providing a wide range of hiking opportunities. Both Camp Trail and Fisk Hill Trail boast pure stands of beech that glow on wet autumn afternoons. Most of the trails are easy hiking with several hills. Fisk Hill Trail that runs along the Wilton-Temple town line is the steepest.

The Tract started as farm in the early 1700s by the Greely Family. Today the original Greely family homestead sits on private property in the center of the Tract. Descendents of this family still live in the area.

There are two important aspects of Heald. First is a rich, ecologically diverse habitat. It is home to nearly all mammal species found in Southern NH, including bear, deer, otter, and moose. Birds are common, as are turtles, and salamanders. A quiet hiker may find an otter family at play or a great blue heron fishing on Camp Pond. Nearby Castor Pond (named for Castor Canadensis, our native beaver) boasts a magnificent beaver dam that is 75 feet wide and 7 feet tall. It was rebuilt by the resident beavers after a flood tore it out a few years ago. Deer and ruffed grouse can be found in the abandon orchards eating fallen apples.

Human history can also be found on Heald. Two cellar holes built by the Lovejoy brothers in the late 1700s abut the McGregor Road Trail. The easternmost homestead belonged to Moses Lovejoy and features the remains of a stone platform that formed a base for the chimney, as well as a large barn foundation.

Moses’ brother Daniel’s homestead was to the west. It had a central chimney and two root cellars. A barn foundation lies just east of the house foundation. While it was about the same size as Moses’, it had less living space due to the central chimney. Of particular interest is a rectangular stone in the southeast corner of the foundation—a sill stone that supported the wooden sill that was the base for the wall. Featuring four V-shaped quarry marks, this stone shows one stage of the evolution of quarrying in colonial America. Wooden wedges would have been driven into the holes to split the rock.

These quarry marks provide us with a way to move beyond the written history of this cellar hole and to exam it from the view of an archeologist. Around 1835 quarrying technology changed with the introduction of the star drill, feathers, and wedges. The quarrymen used the star drill to drill a line of round holes in the stone. At first this was done by hand, but later compressed air drill motors were introduced to drive the star drill bits. Two L-shaped feathers are inserted in the holes so the long end of the L is down and the short end points outward at a right angle to the desired line of the split. The wedge is inserted between the feathers. Starting at one end of the line, a hammer is use to sequentially drive each wedge a fraction of an inch into the holes. This continues until the outward force of the wedges splits the stone. Therefore, when we find a stone deep in a foundation or a quarry face that has been split with showing the round hole of a star drill, we have a pretty good idea that it was quarried after 1835. In the Lovejoy foundation, all the stones have been split with the older scooped-out method that verifies that the foundation was built before 1835.

Today we have just begun to explore the potential of the Heald Tract. Its miles of trails, accessibility, rich history, and abundant wildlife make it an interesting destination for a quiet walk.

Heald Pond (King Brook Reservoir) is actually a flood control reservoir constructed in the mid-twentieth century as part of a regional effort to reduce flooding in the Souhegan River watershed including the town of Milford.  This beautiful, quiet pond is nearly entirely encompassed by the Heald Tract of the Forest Society.   Fishing is welcome, and expect to find warm-water species.  One important caveat:  No boats are allowed on Heald Pond – it’s shore fishing only. This property offers more than 1,000 acres, about five miles of trails and another pond – Castor Pond -- to explore, so be sure to bring a picnic lunch!

Walk north along Heald Road about 1/10 of a mile until you see the yellow blazed trail entering the woods on the left. The trail winds through hemlock, red maple, and white pine forest and skirts along the northern shore of Heald Pond. There are several opportunities for excellent views of the pond – look for wood ducks, herons, frogs, and turtles in the emergent vegetation along the shoreline. In late summer, King Brook Reservoir is blanketed with a stunning carpet of blooming waterlilies. Near the eastern end of the pond, the yellow-blazed trail turns sharply to the right and continues northeast along an old woods road to the Fisk Hill-Spring Trail. Unless you are continuing up Fisk Hill (see below), turn around and retrace your path back to the parking area. This is an excellent hike for families with young children.You may want to wear waterproof shoes, however, as a few sections can be quite wet during spring. 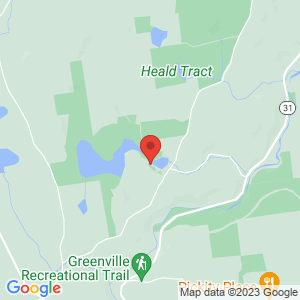 (Please do not park in front of any of the gates.)

(Please do not park in front of any of the gates.)

From the kiosk parking area, follow the blue blazed Camp Trail to the east of Heald Road. The lower stretch of the Camp Trail passes through numerous clusters of mountain laurel, an evergreen shrub with beautiful pink and white blossoms in early summer. The trail heads north through forest and old orchard habitats before reaching Russell Hill Road. Walk north along Russell Hill Road for about 0.3 miles to where the blue blazes re-enter the woods from the left. Shortly you will reach a small pond.

(If the kiosk parking area is full, there is additional parking on the left-hand (western) side of Heald Road, approximately .4 miles past the kiosk parking. Park in front of the log barrier.)

The original 340+ acre Heald Tract was donated to the Forest Society by Phil Heald, his brother Ross Heald, and their sister Helen Heald Rader in 1986. Since that time Phil and his family have donated a total of 1,030 acres in 12 separate conveyances to the Forest Society, with the objective that the land be maintained as open space and used for low impact recreation and education. These lands had been in the family for more than a century and are collectively known as the Heald Tract. They had historically been well managed by the Healds for multiple uses, including apple orchards, wildlife habitat, forest products, passive recreation, education, and flood control. One of the property’s outstanding natural assets, Heald Pond, was formed by the state-operated Souhegan Watershed control structure. Over the past two and one-half decades, the Heald Family has created a lasting legacy to the community much enjoyed and appreciated by all who visit it. 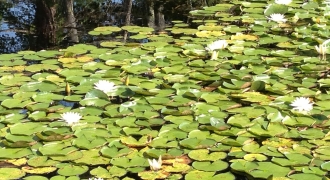 Monson Center is considered by leading archeologists to be one of the most significant archeological sites in New England. Many of the original foundations of the homes that were built in this late 1700s village are preserved. 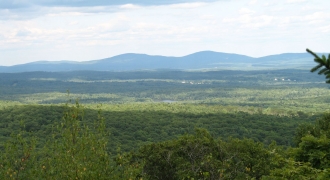 Gap Mountain offers a stunning vista of Mt. Monadnock and, in season, wild blueberries. The hiking trail from the Jaffrey trailhead on the east crosses the historic stonewall-lined Gap Mountain Road. Gap Mountain Reservation is leased to the State of NH and is managed as part of Monadnock State Park. 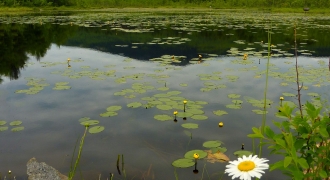 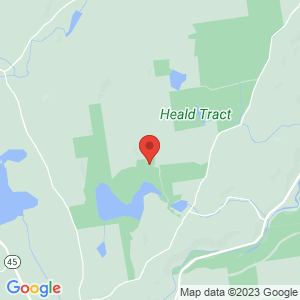