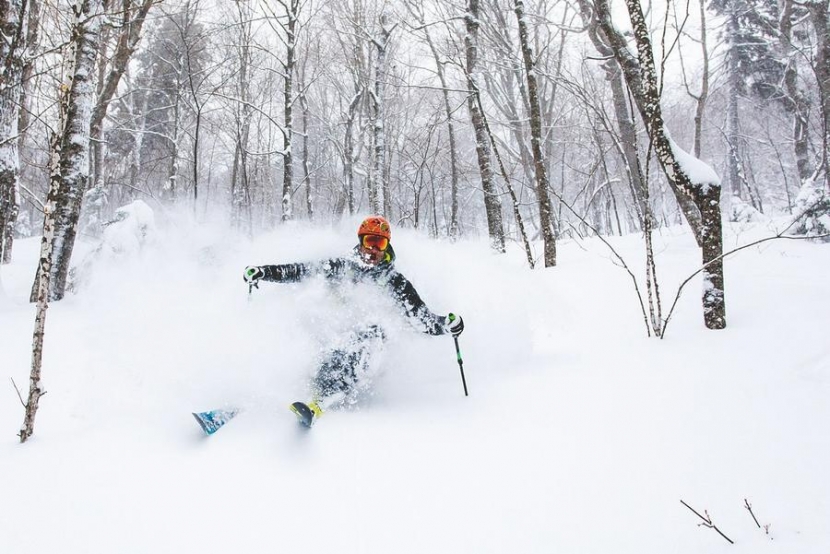 The U.S. Forest Service has approved the creation of two glade skiing zones in the White Mountain National Forest.

Proposed by the GBA in the fall of 2016, the projects will encompass backcountry ski development on a 410-acre zone of Bartlett Mountain in Bartlett, and a 600-acre zone on Baldface Mountain in Chatham, on the border with Maine. They are the first authorized tree skiing zones in the WMNF.

"The purpose of the backcountry ski trail project is to provide high quality experiences in backcountry ski areas, while protecting wildlife habitat and other resources," according to the decision memo. "The WMNF will work collaboratively with the Granite Backcountry Alliance to promote partnerships and stewardship of public lands."

The nonprofit GBA was founded in 2016 to develop human-powered backcountry skiing opportunities in the White Mountains. Since its inception, the group has partnered with private and municipal landowners to create well-designed ski zones. A project completed last year in the Randolph Community Forest has drawn backcountry skiers from beyond the local area to the region this winter.

GBA has also held volunteer work days at the Sherburne Trail below Tuckerman Ravine and the Gulf of Slides trail on Mount Washington and has relocated a section of the Doublehead Ski Trail in Jackson to connect it with a new Forest Service parking area.

"We have this incredible increase in user traffic in our backcountry now. In the White Mountains and surrounding areas, we are really limited in terrain options," Tyler Ray, president of GBA's board of directors, said in an interview last year. "People's first introduction to backcountry skiing is often hiking up a 50-degree face called Tuckerman Ravine and rag-dolling down."

"Not everyone has a full Saturday of 10 hours where they can go on a giant tour," he said. "Sometimes you only have 90 minutes. We're really looking to create that network where you can have a big day in the Whites, or you can have a lunch-break tour."

As part of this effort, GBA has focused on some of the trails created in the 1930s by the Depression-era Civilian Conservation Corps. The Forest Service's written decision stated the CCC built some 70 trails in the White Mountains region, and that 14 of those have been incorporated into developed ski areas.

Others are among the backcountry trails often clandestinely - and illegally - cut by skiers in the White Mountains. In some instances where this cutting has been discovered, the Forest Service has closed areas and launched investigations involving law enforcement agencies.

"Evidence of unauthorized vegetation removal to create skiable terrain has been observed in several areas . including areas that provide important habitat for sensitive species," according to the written decision. "This project is needed to address public demand and protect forest resources."

"Our job is to let our users know that we can do this in a different way," he said. "We don't need to wear ski masks and hide behind a hacksaw. We can get the right approvals and do it out in the open."

Work on the two zones is expected to begin near the end of the summer. The decision memo notes vegetation management is not permitted between May 1 and Aug. 31 to protect birds and bats during breeding season. The decision also outlines specific guidelines for types of vegetation that may and may not be cut, and requires all workers involved to participate in an environmental awareness session.

The Bartlett Mountain project will incorporate the original Maple Villa Ski Trail, cut by the CCC in 1933, as the main corridor for uphill travel. The gladed ski terrain on the 2,661-foot mountain will follow a braided design, where intersecting ski lines protect habitat and wildlife.

The authorized zone on Baldface Mountain includes the 3,025-foot Baldface Knob with a vertical drop of 2,500 feet.

"Baldface Knob will be a thrilling ski with its alpine and gladed terrain, uncommon conditions outside of New Hampshire's Presidential Range," Ray stated in a release. "It has the potential to be a slightly smaller scale yet modern version of Tuckerman Ravine . It also checks the box on trying to diffuse high traffic zones focused on Pinkham Notch."

Ray said Friday he expects work on both projects to begin this summer, with the goal of skiing in both next winter. GBA has contracted Vermont-based Sustainable Trailworks LLC to design the glades.

Click here to read the press release from the Granite Backcountry Alliance.