Up the Merrimack River with Thoreau 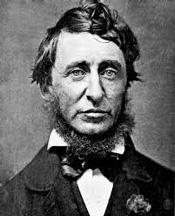 On this day, Aug. 31, 175 years ago, Henry David Thoreau and his elder brother John set out on an expedition from Concord, Massachusetts, in a homemade wooden boat. Over the course of two weeks they traveled first downstream on the Concord River, then upstream along the Merrimack River past Nashua, Manchester, and Concord, NH. That trip would become the backbone of Thoreau’s first book, A Week on the Concord and Merrimack Rivers, published 10 years later in 1849.

At the time of the journey Thoreau was in his early 20s and two years out of Harvard. He was already a keen observer of nature and, arguably, displeased observer of mankind. He was a protégé of Ralph Waldo Emerson, who owned land on Walden Pond. Thoreau famously took up residence in a sparse cabin on Walden Pond for two years in 1845, during which he wrote the meandering account of his river trek. The two-year stay became known thanks to his later works, including Walden; or Life in the Woods, published in 1854. Thanks to his nature writings, and perhaps more because of his espousal of a simple life lived close to nature, some have called him a “father of environmentalism”—his work certainly remains inspirational to many.

Thoreau’s brother, John, died of tuberculosis in 1842, a loss that Henry David took hard. Some scholars argue persuasively that A Week… is a philosophical work more about processing that grief than it is about observations along a river. It’s one of those books that’s easier to know about, or at least have heard of, than it is to actually read from cover to cover. But he did celebrate the river, and while paddling the Amoskeag section of the Merrimack was inspired to write:

Thus, far from the beaten highways and

the dust and din of travel, we beheld the country privately, yet

freely, and at our leisure. Other roads do some violence to

Nature, and bring the traveller to stare at her, but the river

steals into the scenery it traverses without intrusion, silently

creating and adorning it, and is as free to come and go as the

A Week…did not sell well when first published, and Thoreau’s contract called for him to buy back unsold copies from the publisher. In his journal he recorded that “I have now a library of nearly nine hundred volumes, over seven hundred of which I wrote myself. Is it not well that the author should behold the fruits of his labor?"

But Thoreau’s writing was (and is) eminently quotable. Among his most famous:

“Our life is frittered away by detail. Simplify, simplify, simplify! I say, let your affairs be as two or three, and not a hundred or a thousand; instead of a million count half a dozen, and keep your accounts on your thumb-nail.”

Which, ironically, is often simplified to simply “Simplify, simplify.”

The Forest Society is fond of another Thoreau quote, which it uses as inspiration for its aspirational strategic land conservation vision, New Hampshire Everlasting:

I long for wildness, a nature which I cannot put my foot through, woods where the wood thrush forever sings, where the hours are early morning ones, and there is dew on the grass, and the day is forever unproved, where I might have a fertile unknown for a soil about me. I would go after the cows, I would watch the flocks of Admetus there forever, only for my board and clothes. A New Hampshire everlasting and unfallen.

He also wrote, “We should distrust any enterprise that requires new clothes.” Which seems more straightforwardly perceptive.

Today, 175 years after Thoreau’s river expedition, the Merrimack still flows. But it is threatened. In 2010 the US Forest Service identified the Merrimack watershed as the most threatened in the nation, due to projections of population growth and our reliance on land intensive suburban development patterns. In response, 33 organizations in New Hampshire and Massachusetts recently completed a comprehensive land conservation plan for the Merrimack River watershed. The good news is that there is still forestland that, once conserved, can help maintain the health and vitality of the river.

Or, to quote the quotable Henry David Thoreau, “What is the use of a house if you haven’t got a tolerable planet to put it on?”