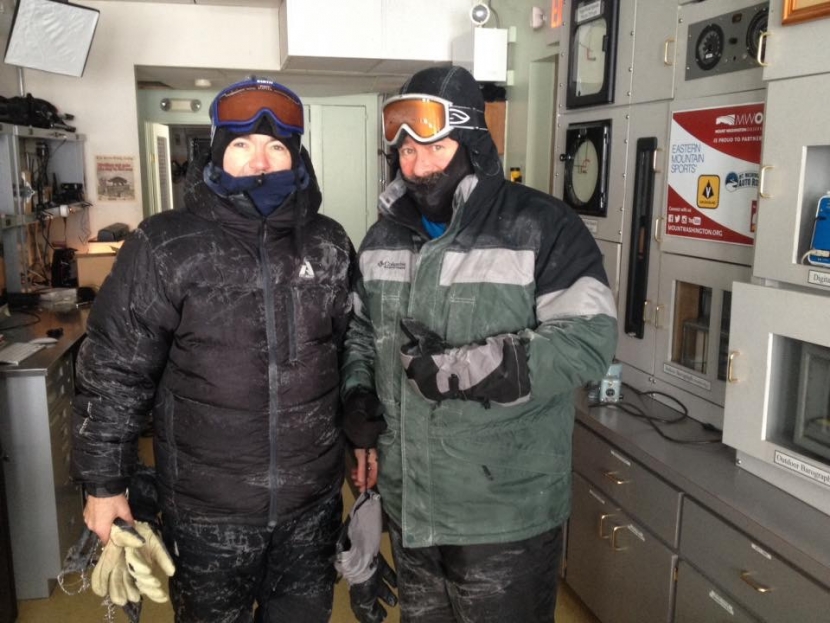 Author Dan Szczesny’s year-long exploration of the mountain led him to the ultimate conclusion that the place just makes people happy—even at it's coldest.(Courtesy Photo)

During our current seasonal few weeks of ‘poor sledding’, hundreds of thousands of vacationers are heading to the White Mountains. The shining beacon drawing them to the Whites is, of course, cheap liquor and tax-free shopping. Wait, sorry, no, it’s the majesty of Mount Washington rising 6,288.2 feet higher than the ocean at Hampton Beach.

Mount Washington has caught our collective eye, and prompted our longing for adventure, for centuries--so much so that we know it today as an icon. The first European known to have climbed the mountain was Darby Field of Durham, NH, who did so in 1642. In 1870, a scientific team led by Joshua Huntington wintered at the top for the first time. For those who have summited, by foot, road or or rail, Mount Washington can alter our world view.

This mountain. Ask anyone who has been in its sphere of influence. When you come back down, you’re different. Mount Washington changes you.

So writes Dan Szczesny in his new book, The White Mountain: Rediscovering Mount Washington’s Hidden Culture (Hobblebush Books). And over the course of 270 pages, Szczesny tells the stories of people that bring truth to that statement.

“If you live anywhere in New England for any length of time, you are bound to find yourself in the shadow of Mount Washington at some point, even if you aren't a hiker or climber,” Szczesny said, as he prepares for a six-month tour to promote the new book. “The summit is available and accessible to anyone, and that draw is irresistible.”

Szczesny is a New Hampshire-based journalist and a hiker who has written travelogues on Nepal and Alaska in addition to the Whites. He found himself—and his innate curiosity--captivated by Mount Washington.

“Having spent the first half of my career in Western New York and New Jersey - where there are no mountains, no high places - I remember one of the first stories I wrote for the paper I was working for at the time was about a local climber who was going on an expedition up Denali in Alaska and he was training on Mt. Washington,” Szczesny said. “And that seemed crazy to me, that someone was training to climb a 20,000 foot mountain on a 6,000 foot mountain. So I wanted to know why.

“And over the years, I found myself caught in Mount Washington's pull as well, hiking it, riding up, staying at the huts, and taking family and friends up that would not otherwise be able to because of the Auto Road or Cog. And I began developing the idea of a compendium book of the mountain.”

Szczesny set out to take a year to study the culture significance and social impact of Mount Washington by doing all the things people do on the mountain. And that’s how he became part of the team of a 97-year-old ultra runner, and how he came to dress as Walt Whitman and read poetry while hiking up the mountain and why he spent a week cooking for the scientists at the Observatory. And why he spent a day with the New Hampshire Natural Heritage Bureau pulling invasive dandelions at the top of Mount Washington.

But during the course of researching the book, his concept behind it evolved. 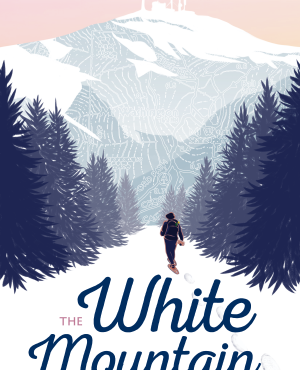 “The idea became more about connection,” he said. “Mount Washington has sat in the collective imagination of Europeans for 400 years and that's a lot of time to build a mystique, culture and legend all its own. Once I started pulling on the story threads of the mountain, there was really no end to the characters and legends that began to unravel.”

Stories like that from Tamworth’s Russ Provost, who remembers working at the snack shop at Summit House in the early 1960s when he and his friend Jerry were tempted by the promise of ice cream sundaes if they could beat the Cog Railway train down the mountain—on foot.

The boys made it by tearing down the tracks, gripping steel and soot-encrusted rocks to keep them on their feet. Along Jacob’s Ladder, a steep section of the tracks that crosses a gully, the boys ran straight across the span, the Cog fast on their heels. They made it but just barely, the ultimate train dodge. Filthy and exhausted, they claimed their prize.

The unraveling led to traveling, as Szczesny tracked down some of the people behind the stories that comprise the lore of Mount Washington.

“It almost seemed like I had to leave the orbit of the mountain - Buffalo, Chicago, State College, Maine, Massachusetts etc. - to follow the stories of the people whose lives the mountain has touched. And to better understand the basic emotional impact the mountain has had on me, which is the same for everyone I spoke to in the book: that place can make you happy.”

Jack Savage is the executive editor of Forest Notes: New Hampshire’s Conservation Magazine published by the Society for the Protection of New Hampshire Forests. He can be reached at jsavage@forestsociety.org.