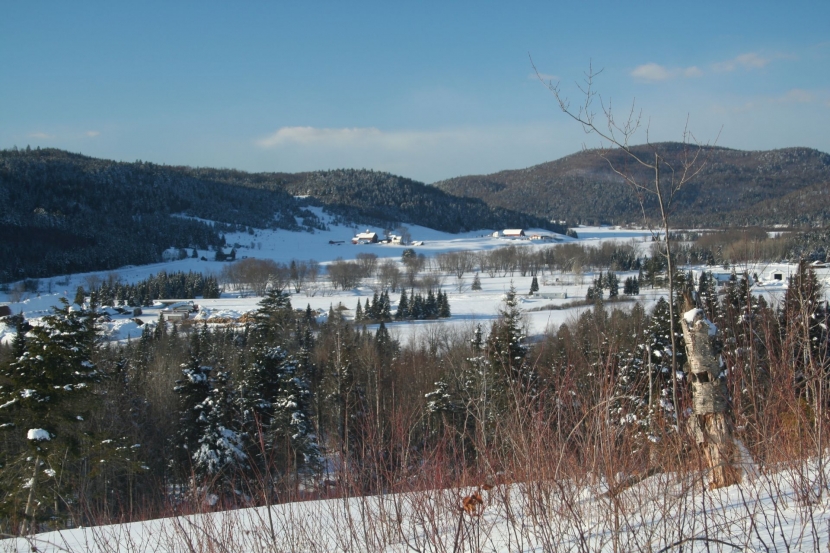 The proposed route for the Northern Pass transmission line would cross over the Forest Society's Washburn Family Forest in Clarksville, N.H. The Forest Society maintains that such involuntary use constitutes an unlawful use of the state's power of eminent domain. Forest Society photo.

The Supreme Court's decision regarding the Forest Society's lawsuit against Northern Pass is unfortunate in that it puts off until later a private property rights issue of extraordinary importance to New Hampshire landowners. In short, the Court punted.  The Supreme Court did not settle the eminent domain issue with regards to Northern Pass, but asks us all to wait until the N.H. Dept. of Transportation acts.

The Forest Society will be ready when they do. As a result, Northern Pass can likely count on additional delays if they continue to pursue their current proposal.

At the same time, now that we are more than a year into the SEC process, the Forest Society is more confident than ever that we and other intervenors will make it abundantly clear that Northern Pass as currently proposed, with 132 miles of overhead transmission line, will not meet the required standards. The unreasonable adverse impacts are too great, the purported benefits of the project too transparently a mirage.

From the decision issued by the Supreme Court:

At the outset, we agree with the trial court that "whether the DOT would effect a taking of [the plaintiffs] property !f it granted [the defendant] a license to install the transmission line underneath the stretch of Route 3 at issue is purely speculative" and, thus, is not ripe for adjudication.

Whether any regulatory action results in an unconstitutional taking of private property is a question that turns upon the specific facts of that case. See Burrows v. Cit_v of Keene , I2I N.H. 590, 598 (1982). Here, because the DOT has not yet acted upon any license application, whether its potential approval of a license might result in inverse condemnation is too speculative a question to be fît for judicial determination.

Click here to read the full text of the decision.