Seahawks not the only birds in Superbowl 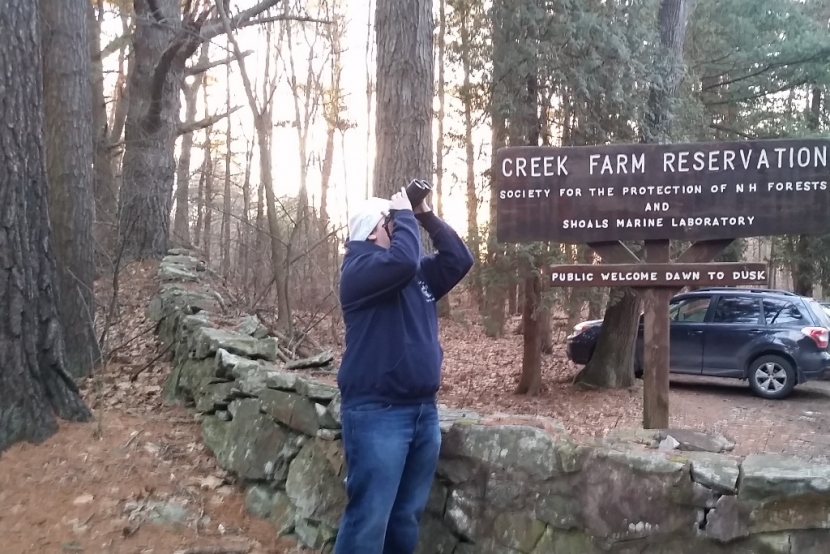 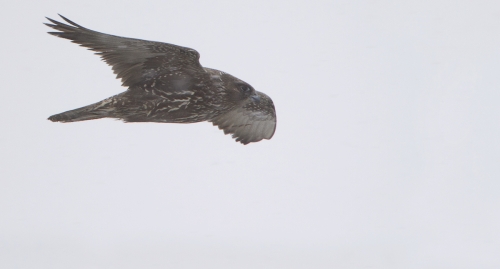 My team of four people (myself included) was called the Northern Flea Flickers after the Northern Flicker, a woodpecker worth 3 points during the day, and the “flea flicker” (which is a trick play in football). On the day of the event, we tallied 205 points in the form of 86 species (we saw 88 but not all of us saw 2 of them). This effort awarded us with the top prize in the event – the Zeiss Joppa Cup! The second highest point total was in Essex County at 178 and the second highest species total was 85. The next highest totals in New Hampshire was 157! In the eleven years prior, only two teams from New Hampshire ever won first prize -the Granite State Bird Watchers in 2010 (featured 3 members of the Northern Flea Flickers), and the 4th and Longspurs in 2012. However, other than this year's Northern Flea Flickers, no NH team has found more than 84 species or scored over 190, (never mind 200) points.

Much like the actual Superbowl, a successful team must put in lots of preparation, practice, and a careful “game plan”. All of the individuals on our team have been birding for many years, many of us bird together frequently which helps when trying to describe where exactly a bird is in a vast area.  Starting about 2 weeks prior to the event we began scouting out the locations of every species we could (including a few Forest Society reservations!). We scout for every species possible including the common ones because it can be far too easy when rushing around to not see something like a Brown Creeper or a Red-breasted Nuthatch during the competition. After many days of scouting out birds and finding over 100 species (worth 230 points), we created our "dream" route but left lots of room for flexibility, knowing things always change.

One interesting twist to the Superbowl is that you must call in all of your rare (5-point) birds immediately during the competition and these sightings get sent out to all other teams which gives everyone a chance to see the unusual birds (and also everyone a chance to get 5 points)! The reward for sharing the 5 point birds is that if you’re the first team to report it, you receive a bonus of 3 points. This creates a mad dash early in the day to be the first to report a rarity (we actually looked for Turkey Vultures by street light before dawn in order to get 8 points for this species).

As we expected, we missed a few of our scouted birds, ran out of time for a few others, and lucked into a few things we didn’t count on. For example, we missed finding the Palm Warbler scouted by one of our team members (would have been worth 5 points plus a bonus 3) BUT we got lucky as another team found a Gyrfalcon in Seabrook which we were able to also see (I’d take a Gyrfalcon over a Palm Warbler any day!).

Gyrfalcons are arctic breeders and are the largest falcon in the world (10 inch larger wingspan and as much as twice the weight of the more well known Peregrine Falcon). They will feed nearly on anything – in fact, the one in Seabrook was seen attacking, killing, and eating a Herring Gull – a bird nearly its own size. Gyrfalcons are known to range as far as 200 miles during their wintering “home range” and very rarely overwinter in the northeast. 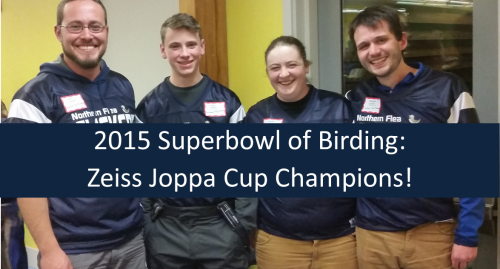 The Northern Flea Flickers pose after winning the Zeiss Joppa Cup (first place) in the 12th Superbowl of Birding.
With only two photographed records in New Hampshire in the past 5 years, the Gyrfalcon was hands down the rarest bird reported followed distantly by Redhead and Eurasian Wigeon. However, in addition to rare birds, a few lingering “summertime” birds like Common Yellowthroat and Chipping Sparrow were also seen during the day. Documenting and reporting all species seen on the Superbowl is important because there are fewer records of birds in winter outside of the Backyard Bird Survey and Christmas Bird Counts than any other season!

So why spend 12 hours straight (after lots of hard work) in the freezing cold, traveling across a county (or two) if the birds might be there before and after the competition day? For one, the Superbowl of Birding is a great way to raise awareness and serves as a fundraiser for conservation efforts (there are entrance fees and many teams raise additional money). Furthermore, the competition is well designed with many different categories which encourage, support, and involve birders of all skill level, ability, and age. And of course, it is a whole lot of fun!!!