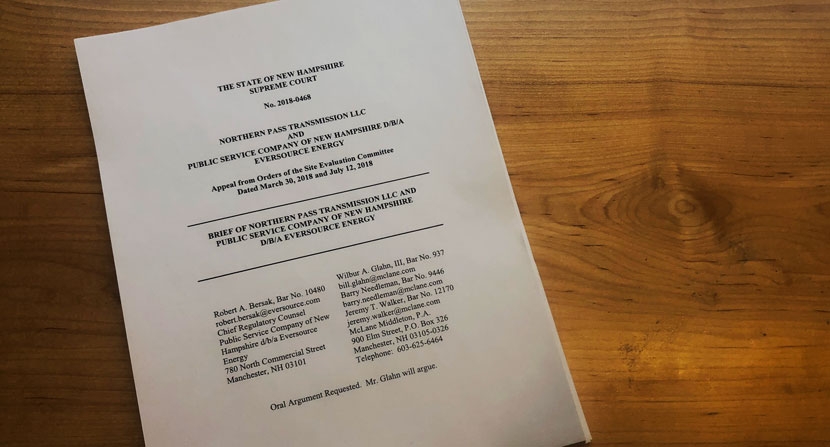 Northern Pass filed its appeal brief with the Supreme Court on February 4.  All other parties have until March 21 to file their briefs.  The Forest Society intends to file a brief in support of the New Hampshire Site Evaluation Committee’s (SEC) final, unanimous decision to deny Northern Pass a Certificate of Site and Facility.

The Forest Society, in concert with a number of other interveners, filed with the Supreme Court on February 14 a Motion to Strike parts of the Northern Pass brief.  The motion argues that Northern Pass included content in its brief that was not part of the SEC’s evidentiary record, and, therefore, by rule should be stricken from the brief.  We continue to believe that the SEC has the law and the facts on its side of this argument, and our beliefs are only reinforced by the content of the Northern Pass brief and appendix.