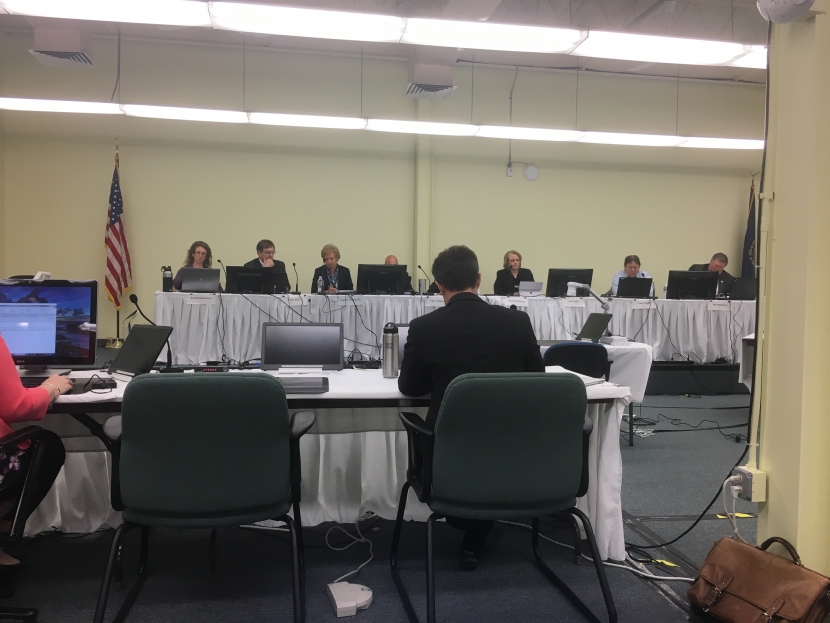 The New Hampshire Site Evaluation Committee discussed and denied a Motion for Rehearing by Eversource seeking reconsideration of its denial of a permit for the proposed Northern Pass transmission line.

On Thursday, May 24,  the New Hampshire Site Evaluation Committee (SEC) confirmed its decision to deny a certificate of Site and Authority to Northern Pass. In doing so, it dismissed complaints and found no merit in arguments by Eversource that they were somehow entitled to a permit despite the failings of their own application and witnesses.

The Forest Society applauds the SEC’s thoroughness and backbone. We believe they made the correct decision to deny the Motion for Rehearing. We stand ready to continue the fight to defend New Hampshire’s landscapes from Northern Pass at the New Hampshire Supreme Court should Eversource take its complaints there.

In short, Northern Pass was not a winner—conceptually flawed, with far too many adverse impacts and few if any real benefits to the people of New Hampshire, and there simply are no conditions or cash payments that could turn a bad idea into good. The seven members of the SEC subcommittee rightly made a reasonable decision to deny Northern Pass and the Motion for Rehearing.