Mountain Yoga on Top of Monadnock 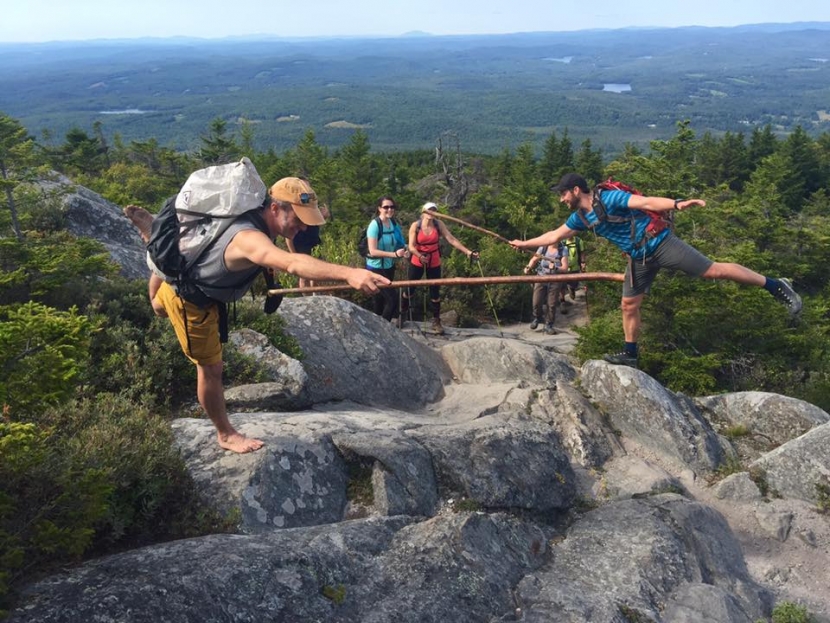 What are these hikers doing?

I organized this particular event to bring together people who like to hike and also do yoga. The two complement each other in that the yoga teaches strengthening, balance and flexibility, which are helpful to those climbing over rugged terrain. Breathing and being in the moment are also key elements of yoga, and these help moderate the cardiovascular activity of hiking and increase awareness and appreciation of one’s surroundings. For myself (others have noted the same), yoga has made hiking easier — I’m faster, stronger and feel less tired after hiking since I took up yoga. 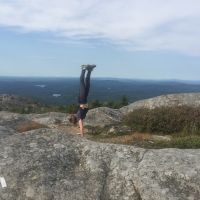 Yoga itself was developed in the 6th century BC in India and its origins speak of great sensitivity to the rhythms of the natural word and the body. Then, yoga was typically practiced outside, so we are getting back to the basics of yoga by taking it outdoors. One of the most basic and most grounding poses in yoga is called “Mountain Pose” (Tadasana). It’s a simple standing pose with feet rooted firmly to the ground. The inspirational views from the mountain in a way offer a reflection of the inner inspiration one is cultivating in yoga. 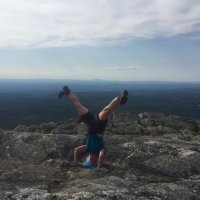 We found a great partner in Bethel Farm of Hillsborough, where Stephen Bethel and his family run an organic farm and yoga studio in a refreshing rural setting. There are a number of mountains nearby, and we’ve done past versions of this event using them for the hike portion of the day. These include Hedgehog Mountain (where the Forest Society has a reservation), Crotched Mountain (Forest Society conservation easement), Windsor Mountain/ Bagley Pond area (another Forest Society conservation easement) and Mount Monadnock. So in a way the Forest Society has been a partner in helping make these events possible. All of that aside, the ultimate goal was to have fun and share some common interests, and in that we succeeded.

I organized the first of these events in the fall of 2015 as an experiment, and it went over so well we’ve done several more since. For each event there is also a “food” part, which helps support the local economy. For this last one we were getting our food from the farm itself, but past events have had us going to German John’s Bakery and the Mediterrano Turkish Restaurant in Hillsboro. The whole idea is to share good food and a good hike with good company and enjoy doing some yoga in a unique natural setting. 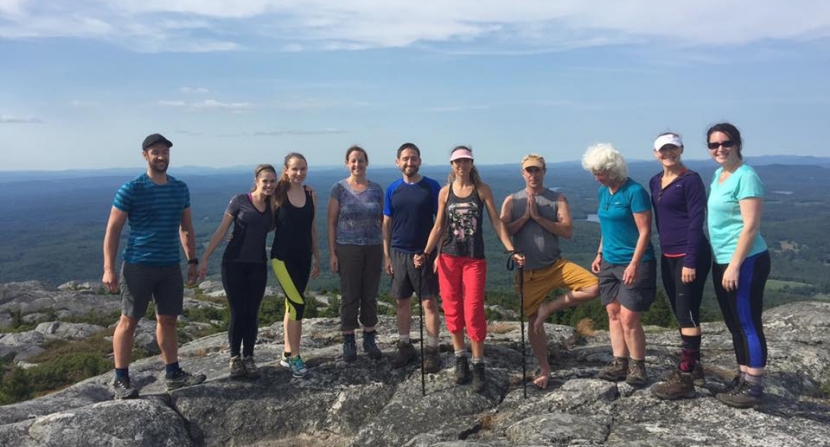 In the mandala shown below, the group is supporting one another using two balance poses (Crane and Warrier 3) where one must stand on one foot and align the rest of one’s body along a certain plane. Done alone, the poses can be a challenge to some, but when done holding hands in a group all of the members are helping support each other and the pose is easier, so there is a sense of interconnectivity, compassion, and symbiosis. 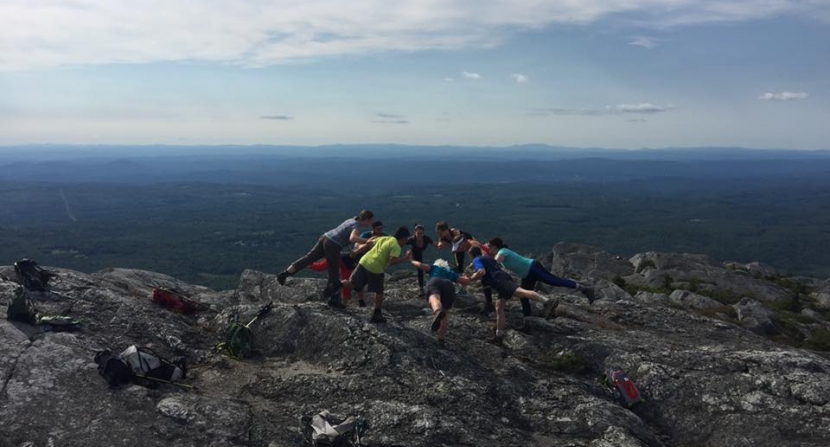