Conservationist of the Year: Lorin Rydstrom 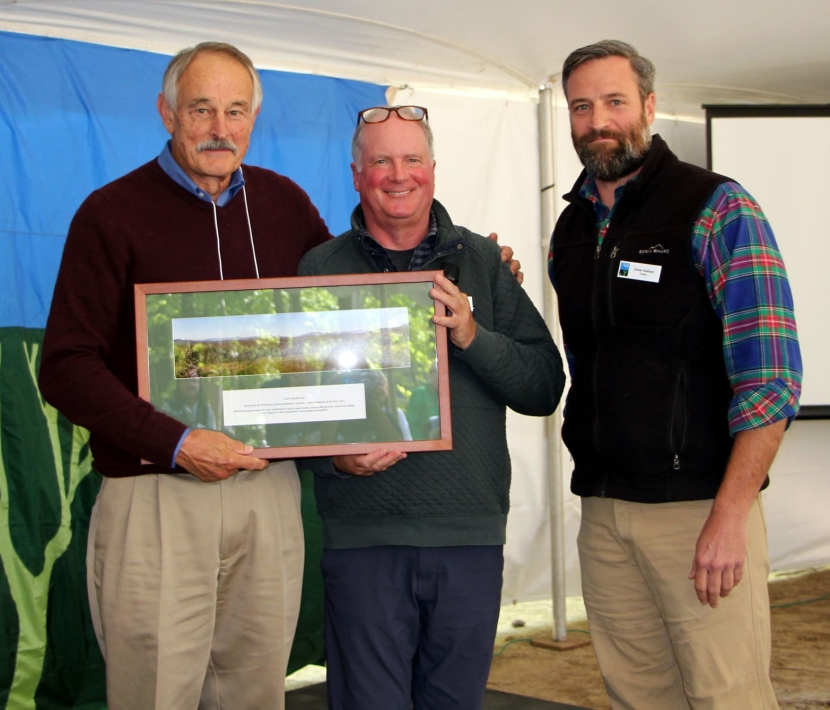 The Society for the Protection of New Hampshire Forests presented its Conservationist of the Year Award at its 121st Annual Meeting held on September 24, 2022. This prestigious award honors people whose work to promote and achieve conservation is exemplary; people whose actions have made a difference not just in their own backyards, but also have advanced the protection and stewardship of land statewide.

This year, Lorin Rydstrom, resident of Hollis, was honored as the Conservationist of the Year in recognition of his longtime career as a founder of Seaboard International Forest Products, his personal dedication to conserving New Hampshire’s working forests and special places, and his leadership in supporting conservation work across the state.

“Lorin understands that a day in the woods, whether hunting, fishing, working, or just out for a walk, is a day well spent,” stated Drew Kellner, Chair of the Board of Trustees for the Society for the Protection of New Hampshire Forests.

Rydstrom is a graduate of the State University of New York College of Forestry and has dedicated his career to forestry and much of his personal life to the permanent protection of working forests and special places throughout New Hampshire. Rydstrom founded Seaboard International Forest Products in Nashua in 1983, where he served as president until his retirement.. He is a past board member of the Beaver Brook Association in Hollis, a non-profit dedicated to promoting the interrelationships in the natural world and encouraging the conservation of natural resources through education and land stewardship.

Demonstrating his personal commitment to land conservation, Rydstrom donated a conservation easement to the Forest Society to protect a 347-acre woodlot in Northfield. He selected this property for conservation because it ranked as Tier 1 best wildlife habitat according to the NH Wildlife Action Plan and it was a priority for conservation in the Lakes Region Regional Conservation Plan.

Rydstrom has been a member of the Forest Society since 1994 and served on the Board of Trustees from 2013 until 2021. He chaired the Forestry Committee and the Finance and Governance Committee. Rydstrom played an important role in sorting out the next steps at The Rocks following the devastating fire in 2019 and served as a member of the board’s ad hoc committee for The Rocks. He helped the Forest Society envision and plan for a renovated campus that will perpetuate the organization’s conservation and stewardship work north of the notches and draw visitors statewide. Along with his wife Nanci, Lorin has reinforced his leadership role through personal action as a leadership donor to the Forest Society North at The Rocks Capital Campaign. His donation was matched by, Seaboard International Forest Products, and he is continuing, along with his former company, to make additional challenge gifts, prompting other donors to contribute to the campaign.

“Lorin’s impact on the Forest Society, as a member since 1994 and a member of the Board of Trustees from 2013 to 2021, and as a leader will be felt for generations to come,” added Jack Savage, president of the Society for the Protection of New Hampshire Forests.