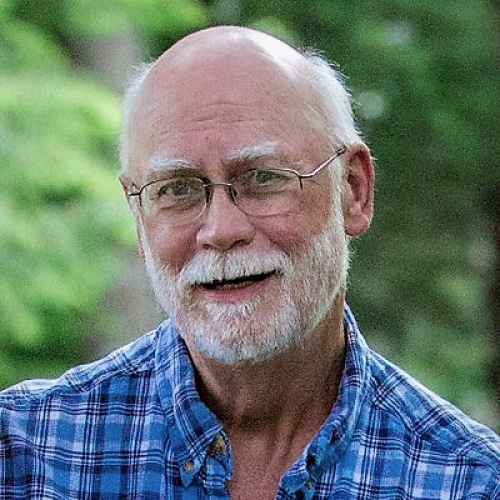 Bill Crangle is the former VP for Finance and Administration at Plymouth State University where he worked for 20 years after holding similar positions in the Vermont State college system. He has served in board leadership positions in many nonprofits and businesses, including Speare Memorial Hospital, the Nature Conservancy, the Audubon Society, and the Loon Preservation Committee. He has also held various elected positions in local government overseeing energy initiatives and town finance and investments.

During his tenure with PSC, Bill was instrumental in achieving Gold LEED certification for Langdon Woods Residence Hall, and in ensuring energy efficiency in renovating historic buildings and new construction, including Mary Lyon Hall, the PSU Ice Arena and others.

Bill is an ardent fly and ice fisherman, hiker, kayaker, and golfer. He lives in Plymouth with his wife, Lee, fellow hiking dog, Micky, and is surrounded by some combination of seven grandkids most of the time.