"Instead of cutting only timber that is matured, everything is cut to the size of five or six inches in diameter, and what remains is cut into firewood or burned at once, leaving a dreary waste. In Lancaster, the timber and wood are nearly all gone and the mountains are being stripped to their summits. Originally a dense forest covered our state. This magnificent forest has long since disappeared."

Six years later, a group of citizens formed the Society for the Protection of New Hampshire Forests, spurred by the need to stop the reckless destruction of the White Mountains by timber barons. In 1911, thanks to the persistence of the Forest Society, and many other supporters, the Weeks Act was passed, allowing for the creation – and protection – of the White Mountain National Forest.

So began the Forest Society's journey to protect New Hampshire's landscape. We have reached many more milestones along the way –

Highlights of our accomplishments over the last century

* The Forest Society also provides assistance to land trusts, municipalities, state and federal agencies, and other conservation organizations to protect additional land throughout the state. 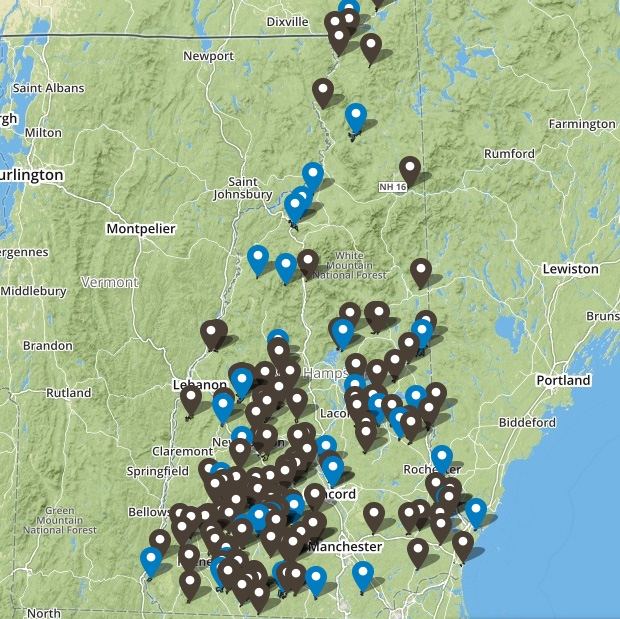 Visit our Reservations Guide to plan a day in the woods or learn about land we own near you. Click here to see a map of our Forest Reservations and get directions.