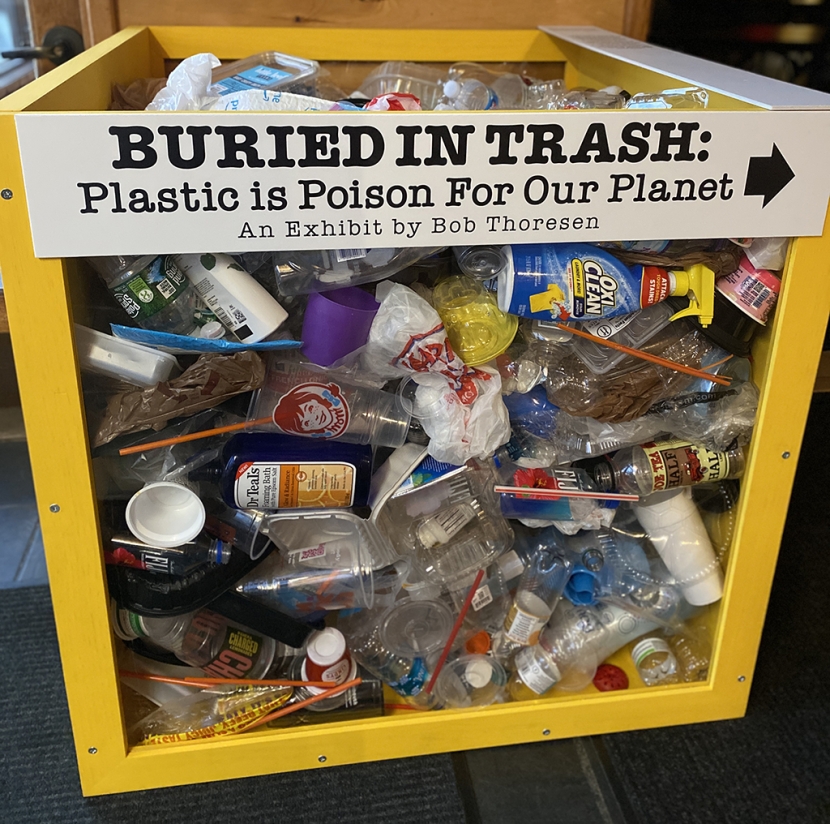 Artwork by Robert Thoresen is on display at the Conservation Center.

Buried in Trash: Plastic is Poison for our planet 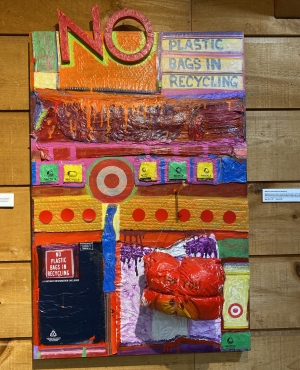 Portsmouth-based artist Robert Thoresen says his mixed media pieces are meant to "convey the enormity of the problem we face with the ubiquity of plastic products in our lives."

"My hope is to educate and convince people to change their behavior by using much less plastic," he wrote.

He has been a resident of Portsmouth, NH since 1972 after he was selected as Planning Director for the City of Portsmouth. In addition to his professional work, he has been widely involved in the community and has served on some 17 non-profit boards, committees, and task forces as a board/committee member and officer. He served as President of the New Hampshire Art Association from 2005 to 2009.

In 1995 in conjunction with the 90th Anniversary of the signing of the Russo Japanese Peace Treaty, he organized and curated an exhibit entitled “Promise Peace” which was a collaboration between American and Japanese Artists that toured four cities in Japan and in the United States. One of his pieces toured with the show in Japan and the United States. The show was a partnership between the New Hampshire Art Association and the Japan America Society of New Hampshire.

He has been profiled in the Portsmouth Herald and numerous other publications over a period of many years for his art work and public service work.

Learn more about A. Robert Thoresen at www.robertthoresenart.com.

Society for the Protection of NH Forests