Solace of a Squirrel 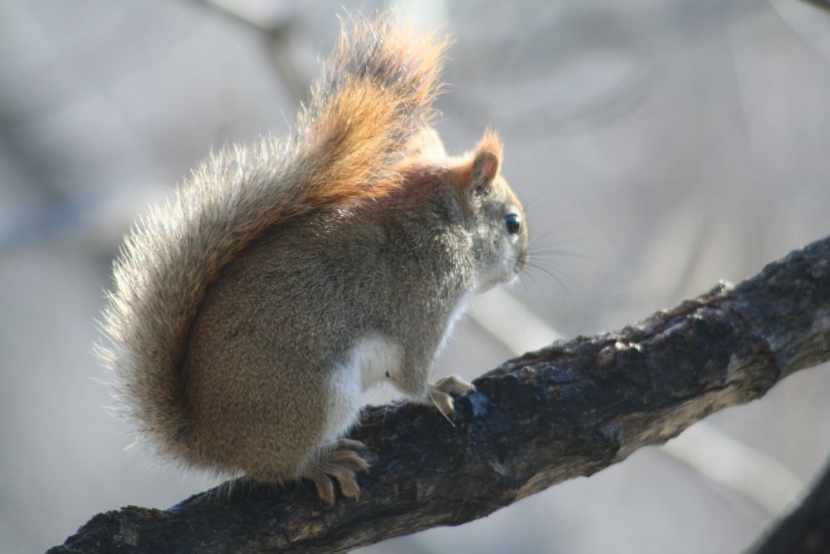 A handsome red squirrel sat perched on a fallen log, twirling a hemlock cone in its forepaws. It yawned in the warm morning sunlight.

I wrote a note to a few friends to calm their jangled nerves…  about a kind of transient Natural Rx for increased community mental health and wellness.

It all started with a squirrel…

“But the Sky is Falling!” they cried.  They had heard it on the news.

Where had I been? Under a rock?! I wish maybe I had.

We were being lashed with a weeks-long perfect storm: hotly-contested, contentious primary election, an epic stock market crash, a ferocious global pandemic…

The Corona Virus COVID-19 outbreak brought images of misery and fear right to our doorstep: uneasiness and rumors of people rushing to local supermarkets to stock up on wine, coffee, toilet paper and cleaning supplies.

People seemed suddenly ALL too willing to conflate everything.

A minority report from one old hippie friend had predicted this dire combination of circumstances:  “Mercury is in retrograde.”

An internet MEME prompted:  “Better buckle up this week: We lose an hour of sleep to Daylight Savings Time, Monday is a full moon and this week ends with Friday the 13th!”

By now you know the extraordinary litany of bad things that happened. Chaos ensued.

I found myself commuting south while listening to NHPR.

I glimpsed a furtive movement – there in the forest - beyond the shoulder of a rural back dirt road.

A handsome red squirrel sat perched on a fallen log, twirling a hemlock cone in its forepaws.

It yawned in the warm morning sunlight.

March winds were coaxing a growing flock of bluebirds to the open, sodden pastures of rural New Hampshire.

The first of the red-winged blackbirds had just arrived in the marsh. I heard their very first round of territorial claims:  “Conquer-Eeet”

Maple sap was pulsing in sugaring lines, filling roadside tanks with the promise of boiling maple sap to sweet-scented steam before an inevitable and abrupt end at bud burst.

These many things I too conflated.

Naturalist John Hay wrote: “The great trees, growing ahead of and behind me are my protectors, with their branches gently dipping in the wind, shedding sunlight and snow. They are generators and providers. Why should we refuse their priceless heritage?"

That “priceless heritage” may be the free Rx to soothe jangled human nerves.

A nearly universally accessible free health care may be found in taking a moment to watch clouds or a little natural messenger - a little red squirrel perhaps.

What would she know about the news of the day? What might she tell me is the daily news from her perspective?