Join us for the 2020 Cottrell-Baldwin Environmental Lecture Series at the Henry I. Baldwin Environmental Center at Fox Forest in Hillsborough. This year’s series explores topics from trout streams and New England Cottontail rabbit habitat restoration to foraging for edible native or invasive plants and the protection of freshwater resources. 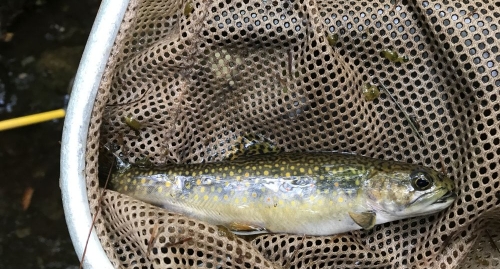 Streams and riparian forests are dynamic, changing dramatically over decades. Research in the last thirty years sheds light on the interconnections of streams and riparian areas as integral parts of stream ecosystems. Research demonstrates the importance of wood in streams to fish habitat and nutrient cycling and emerging information on the role of light on the productivity of stream ecosystems. Learn about research in NH and beyond on fish habitat, instream wood and what we may expect in the coming decades as our forests age. John will share stream restoration projects that use knowledge of stream and riparian processes to restore health to formerly degraded ecosystems.

Until recently, the New England cottontail was a candidate for federal listing under the Endangered Species Act. For years, shrubby thickets and young forests, primary habitat for the species, has declined due to changes in human land use. Since 2008, hundreds of partners from state and federal agencies, municipalities, conservation organizations, zoos and private land owners have been working together across the historical NE cottontail range on a recovery effort to reverse the decline and bring back our native rabbit while providing benefits to over 60 other species that live in these habitats.  After 10 years of hard work to restore the native cottontail, how are we doing towards meeting the goal of a viable population by 2030?

The Granite State is home to over 100 species of edible wild plants, some of which are more nutritious and/or flavorful than their cultivated counterparts. Connect with over 40 of the tastiest species the region has to offer - ranging from plants everyone knows, like Daisies and Dandelions, to plants you may never have even heard of, like Calamus and Carrion Flower.  Join us, for a slide show that covers identification tips, edible portion(s), season(s) of availability and preparation methods, along with general guidelines for safe and environmentally responsible foraging.  Learn about native edible plants raised from seed and partnerships with conservation groups to add edible native plants to the landscape. Russ may have some foraged plants for people to sip or nibble!

Water Connections: What Fresh Water Means to Us, What We Mean to Water

Water Connections focuses on a stream in New Hampshire and how it and other bodies of water have been affected by changes in technology, economic values, new forms of pollution, new ideas about nature and the occasionally unintended consequences of human action. From the industrial revolution to the present day - the book is as much about people as it is about water - with stories about how conservationists, artists, reservoir managers, government officials, hydropower interests, anglers, scientists and ordinary citizens shape the use and protection of freshwater.